Very interesting article here. FYI, Estonia is the new capital of the Rave and club scene. People travel there from all over the world to dance all night and "hook up" with members of the same sex, opposite sex, and anything in between. Obvious correlations.

Rise in HIV/Aids cases in Europe

The rate of new cases of HIV/Aids in the European Union has almost doubled since 1999, a report shows.

Estonia has by far the highest rate of diagnosis,
followed by Portugal and the UK, according to the European Centre for
Disease Prevention and Control.

The ECDC says that the proportion of new cases reported per million inhabitants went up across the EU from 28.8 to 57.5 in 2006.

In Estonia, the rate last year reached 504 per million people.

The Estonian government says that, six years ago, 90% of
new HIV cases diagnosed by Aids consultation clinics involved drug
users who were injecting, but that proportion fell to below half by the
end of last year.

It suggests that the virus has started to spread from drug users to their sexual partners. Read the rest of the BBC article here. 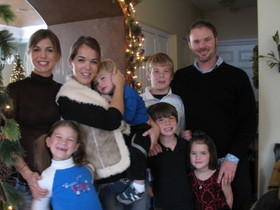 Happy Thanksgiving!
archives most recent
More from Beliefnet and our partners
previous posts