If Your Destiny Doesn’t Scare The Hell Out of You, Then You Haven’t Found It.

Yesterday’s post bothers me. Sometimes we don’t need a message that comforts or nourishes us, but one which blows our proverbial socks off. Sometimes we need our facades and illusions destroyed.

That post did that for me, even though it was intended for you. But sometimes, we must eat our own words.

Maybe it’s the Whiskey flowing through my veins right now as the moon and stars wink at me overhead in the deep, black heavens that have inspired this evening’s candid discourse. I don’t know, but I’m about to lay some things out here, Congregation, and I think deep down you’ll know all too well the sting of reality I’m about to dish out. 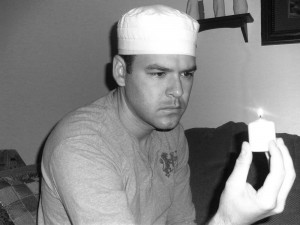 Yesterday we talked about discovering one’s calling–one’s destiny–and discerning it from that of another’s. Sometimes we confuse the two. We become so enamored by the mission and destiny of another that we mistake (or desire) it for our own. I hope you’ve learned the subtle art of self study, of careful discernment, because the easy way–the way of another–is hardly every your way.

I know this because I’ve struggled with it now for the last six months.

As I lay here on the couch at midnight, I’m reading through my private journal over all the thoughts, theories, rituals, and philosophies I’ve developed via inspiration and experience since the conclusion of my journey with Project Conversion and I can’t help but writhe with their desire, like all memes and ideals, to burst forth and spread.

You see, for the last six months I’ve sprinkled some of these, ever so slightly, into a few of my posts like seeds blown into the wind and waited to see if they would find fertile ground. Some have, some haven’t, but I know enough about religion to understand the next stage of this journey, because you must understand that I am not the first one to perform Project Conversion. Indeed, many have come before me, many names which glow against the backdrop of History. All explored their native philosophies and religions before blazing new trails of their own.

And on January 1st, 2012, I had that chance. I had the chance to follow in their footsteps, even at the risk of losing many friends and allies. I sat on that tree and wrestled with my destiny, and even though I made a choice that day, I still suffer from the wounds.

I chose to lay down my own path and take up those of others in an act of service and brotherhood. The last thing I wanted to create was another religion or philosophy, but my ego put up a bitter fight.

Look what you could become, Andrew.

Your name will be written beside the Buddha, Muhammad, Zarathushtra, and all the heroes of faith.

I heard these and more, like the devil in the desert who tempted Jesus, or Mara who tempted the Buddha beneath the Bodhi tree, and it took everything within me to refuse the path others had taken.

I would not lead others into a new path–my path–but deeper into their own. 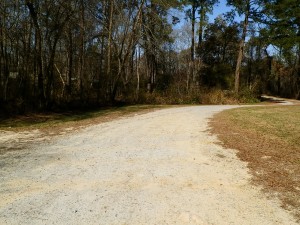 This decision haunts me to this day, knowing that I can never share my discoveries or theology, because it isn’t my calling to do so.

My ideas are not important. All that matters is that which I reflect and magnify: You and your faith.

Our time requires those who can deeply and passionately identify with one another beyond race, cultures, ideals, beliefs, and borders. And that is my calling.

I know this because something happened last Sunday as my family rode home from our beach vacation. Something someone said over the radio ignited a spark that reminded me of who I am and that there is no escape. I am not my own, but a product of the needs and conditions of my time.

And so are you.

In a few weeks, I will announce something that will confuse and upset some of you–perhaps many–but I want you to know that I’ve fought this tooth and nail and I cannot refuse it any longer. Some of you will understand because you’ve been with me and know my heart. Others won’t.

When Project Conversion ended, I told you that the journey had just begun. Little did I know it would lead to this and more. Just know that it is in the service of all.

I think I need another round of Whiskey…because if your destiny doesn’t scare the hell of you, then you probably haven’t found it, and I need a little something to soften the blow. 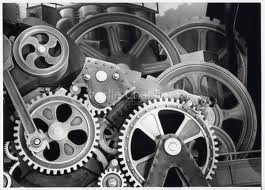 God's Will: How to Discover One's Place and Avoid Mistaken Identity
archives most recent
More from Beliefnet and our partners
previous posts