Can We Understand the Holy Trinity by Contemplating Our Own Humanity?

Today is Trinity Sunday, or more properly known as “The Solemnity of the Most Holy Trinity,” in the Roman Catholic Church. On this day, Catholics celebrate a feast day which honors the mystery and doctrine of the Holy Trinity, the notion that God exists as one essence (from the Greek, ousia), however in three distinct “persons” (from the Greek, hypostasis), e.i. the Father, the Son, and the Holy Spirit.

The notion of a Holy Trinity is one of the most mind-boggling, scandalous, and unique features in the world of religion, and it’s given theologians, philosophers, and spiritual seekers a migraine for nearly 2,000 years.

Christianity developed out of Judaism, a strictly monotheistic faith that governed the lives of Jews in first century Palestine. By this time, the Jews had reluctantly hosted the rule of one foreign nation after another for hundreds of years, and after numerous rebellions, came to expect the arrival of the mashiach (Hebrew for “anointed” which later became “messiah”) who would vanquish their tyrannical rulers, re-establish the throne of David, and usher in world peace. This concept of messiah evolved over many generations within Jewish thought so that by the time of Jesus’ ministry, several theories regarding the messiah and contenders for the title had come about.

When Jesus died on the cross (according to Christian tradition. Muslims do not hold this view), the event turned every notion of who or what this messiah was on its head.

The Father, the Son, and the Holy Spirit

The messiah was not supposed to die on a cross. He was supposed to defeat the Romans, free the Jews, and rule the world. How could Jesus be the messiah his followers expected if he had failed to fulfill so many messianic requirements? According to Christian thought, Jesus not only fulfilled the messianic office, he also revealed the final mystery of God’s true nature through his life, death, and resurrection. God is in fact one essence in three persons. They are one and yet distinct in the same way that a musical chord is one in harmony, yet distinct in part.

According to a story about St. Augustine, the early Doctor of the Church walked along a beach one day contemplating the mystery of the Trinity when he came across a little boy trying to scoop all the seawater into a hole in the sand. When St. Augustine pointed out the futility of the boy’s task, the boy replied that it would be easier to pour all of the ocean into the hole than to fully grasp the mystery of the Trinity.

The boy then vanished and left St. Augustine mentally and emotionally destroyed on the beach.

Trinity opponents point to the fact that the word “trinity” is never stated in the Bible. That is true, however Team Trinity counters that implications of the Trinity are all over the place. Jesus constantly speaks of his oneness with the Father, and yet subjects himself to the will of the Father. Jesus acts with supreme authority and claims that he is timeless, yet refers to himself in the familiar as the “son of man” and a servant to humanity. He tells his followers to baptize in the name of the Father, the Son, and the Holy Spirit. Jesus of the Gospels is in fact a walking, talking contradiction of identity. His disciples are in a constant state of WTF in trying to figure this guy out. These folks were stuck in a pattern of either-or when Jesus simply stated, “I am.”

Were they, are we, trying to scoop the ocean into a small hole? Is the small hole simply a metaphor for our limited understanding and the sea that of the vast nature and essence of God in relationship with himself?

The perennial question regarding Christ is, how can Jesus be both fully God and man? Richard Rohr, a Franciscan monk in the Catholic Church, observed in his book “The Naked Now” that Christ showed us something in his life and ministry that we as a species had not fully witnessed since our days in the Garden of Eden. In the person of Christ, we see God and humanity fully occupying the exact same space at the exact same time. In essence, Jesus is displaying our full potential, and he died delivering that message. It’s like the theological equivalent to the principle of quantum entanglement.

When I studied Catholicism with Mentor Jason last year, he taught me an interesting way of understanding making the “sign of the cross.” At the beginning of the motion when we touch our foreheads, we say “In the name of the Father.” This is the mind of God, that creative force that conceptualizes the world around us. Next, we touch the center of our chest and continue with “the Son.” This is the heart of God, Jesus, who represents the manifestation of God’s love present in our lives. Lastly, we make the cross by touching our shoulders, saying “and the Holy Spirit.” Jason pointed out that the shoulders are connected to the arms which perform the work of the mind and the heart. The Holy Spirit then, is the animating force in the world.

In this way, when you Christians struggle with the concept of the Trinity, I challenge you to think of yourselves. You are mind, heart, and action wrapped into one, just as your doctrine declares God is. On this Trinity Sunday, why not celebrate the mystery of the Trinity through the contemplation of your own nature and reality, which according to the Bible was made after the image of God? What if the answers to the greatest mysteries aren’t in the ether? What if God stitched them into our very being?

What are your thoughts on the Trinity? How will you contemplate the mystery today? 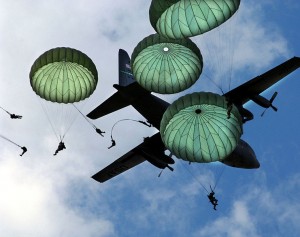 How Far Can Belief Really Take Us?
archives most recent
More from Beliefnet and our partners
previous posts