Why Christians and Other Members of Faith Should Support Gay Rights

I love my home state of North Carolina, however just because I’m enamored by my swampy homeland, doesn’t mean we always agree. The North Carolina Same-Sex Marriage Amendment (“Amendment One”) is up for vote in just a few days (May 8th), and it’s effectively dividing the state. Odd thing is, same-sex marriage is already prohibited in North Carolina, so why do we need an amendment?

While same-sex marriage is prohibited, it is not expressed in the state’s constitution. The amendment would add the following legalese to Article 14 of the state constitution:

“Marriage between one man and one woman is the only domestic legal union that shall be valid or recognized in this State. This section does not prohibit a private party from entering into contracts with another private party; nor does this section prohibit courts from adjudicating the rights of private parties pursuant to such contracts.“

This not only double-bans same-sex marriage, it also negates other relational arrangements, such as civil unions and domestic partnerships.

So what does this have to do with religion?

Traditionally, folks with a religious background (especially the more conservatively inclined from the Abrahamic traditions) frown on same-sex culture and therefore do not usually support much if any of the gay rights movement. This position stems from a long history of scriptural condemnation of homosexuality and its affiliated abominations:

“If a man lies with a male as he lies with a woman, both of them have committed an abomination.“–Leviticus 20:13

“Likewise also the men, leaving the natural use of the woman, burned in their lust for one another, men with men committing what is shameful, and receiving in themselves the penalty of their error which was due.“–Romans 1: 27

“Would ye really approach men in your lusts rather than women? Nay, ye are a people (grossly) ignorant!“–al Qur’an 27: 55

Given the scriptural sampling here, our religious friends have little choice. Same-sex = bad.

But what if this wasn’t about religion or abominations? I have a thing for digging beneath our superficial differences and unearthing the common ground between us. I was skeptical at first. What could the LGBT community and Bible/Torah/Qur’an-thumpers possibly have in common? 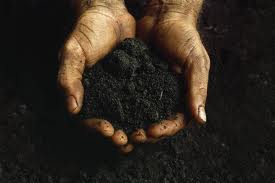 According to Gary Gates, the demographer-in-residence at the Williams Institute on Sexual Orientation Law and Public Policy, there are an estimated 4 million adults who identify as gay or lesbian. That’s about 1.7 percent of the American adult population.

For the early Christian church, the numbers are even more bleak. According to John D. Durand’s Historical Estimates of World Population, the mighty Roman Empire boasted roughly 55 million citizens during the first century A.D. By Rodney Stark’s measurement in The Rise of Christianity: A Sociologist Reconsiders History, there were only about 7,500 Christians by the end of the first century.

That means Christians made up only .000136% of the Roman Empire at the time.

These numbers however, are not isolated. Explore the origins of every religious start-up and you will uncover the same story: Every faith and its people are a small fish in a big pond…and many are preyed upon.

Jews, apart from a few brief historical moments of military dominance, have been bullied for most of their existence. Muhammad and his early Ummah (community) of believers were constantly harassed by the powerful Meccans and nearly exterminated. Christians, the bastard middle child between Judaism and the Roman world, became a scapegoat for every social ill, from the burning of Rome to crop failure. Indeed, Romans didn’t persecute Christians because they necessarily disagreed with their theology, but because they were readily available and easy targets.

Minorities and others our society bullies tend to be that way. I should know, I was bullied mercilessly up until 10th grade.

But once start-ups grow and become big fish, the tables turn. Now they become the bullies and forget their humble past. Once judged, persecuted, condemned, they become the judge and the blunt end of moral stick.

When Rome burned to the ground during Nero’s rule, he blamed the Christians and tortured them in the Coliseum. Christianity was indeed outlawed for nearly three centuries until Constantine came along and legalized its practice (for dubious reasons).

How often do we hear religious leaders spew their holy verbiage on homosexuals being the cause of our social pains? Gays are blamed for everything from the September 11th attacks (others, such as Pagans are listed too) to Hurricane Katrina. Are members of the LGBT community really the cause of violent weather systems and political/religious extremism, or are members of the faithful–now in the comfortable seat of majority–using the same scapegoat tactics of their former oppressors?

The apple surely hasn’t fallen far, and it wasn’t a snake that tempted you.

It is for this reason that members of the religious community should support gay rights, because they are a minority whose fate is being determined by others. The religious majority is now wearing the laurel of Rome and public policy has become the lion-infested Coliseum for minorities of various spiritual and social backgrounds. How can you throw them into the pit? Do you not remember the pain of persecution for simply being different?

This isn’t about agreeing with the LGBT lifestyle, it’s about recognizing their right to legal union with the person of their choice. I may not agree with a myopic, racist, xenophobic couple and their views, however that doesn’t mean I do not recognize their right to wed…even if it will likely result in the genetic propagation of their barbaric and archaic outlook.

Here is the common ground between you: Once upon a time, the religious majority was once a minority which feared for its existence. You were marginalized, ostracized, persecuted, slaughtered, and made sub-human by the consensus of the majority. Here is your chance to exemplify the grace, mercy, love, and compassion of God and his people you keep preaching to everyone about.

Christianity did not invade the Roman Empire through votes in the Imperial Senate, but by Christians allowing the example of their faith through daily living to plant the seed of Christ in the lives of others. Mark my words, if you deny equal rights to gays or any other minority, your struggles will only multiply (remember women’s suffrage and the Civil Rights Movement?). The anti-theistic movement is a direct blow-back from generations of overly aggressive proselytization and policy incursion from the “religious right.” The tables have turned. Atheism currently outpaces the conversion growth rate of every faith represented in the U.S. In short, people are getting tired of Bible bullying. This is a monster you’ve created, and marginalizing others will only feed the beast.

If you want to see Christ transform the lives of those around you and actually have faith in his abilities, plant the seed and walk away, don’t yell at and prod the soil. 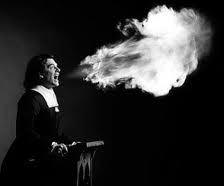 The New Evangelism: How Being Instead of Preaching Builds Heaven on Earth
archives most recent
More from Beliefnet and our partners
previous posts