Is There a God? Reflections from the Unaffiliated.

“What do you believe about the divine?”

“Is God one essence displaying itself in many forms?“

I get these perennial questions now and then and I assume it’s because of my recent immersion into 12 faith systems from around the world. It seems that I am at most, an expert on the matter, or at the very least, capable of some spiritual and flowery b.s. that makes everyone happy enough to quit asking.

Turns out, I’m neither.

Project Conversion, folks often forget, was not a journey in discovering faith, but in rediscovering people I once hated. Yes, I had some trippy experiences. Yes, one could say that I found God, but as they say, “the devil is in the details.”

Even if you believe in God, gods, goddesses, etc., there is no answer…at least not one that I find all that useful.

If an audience member asks me, “Yo Andrew…you believe in God?” and I answer, “Why yes, yes I do,” then what am I really answering? Am I confirming the questioner’s ideals about God at the exclusion of the lady next to him? There are millions of combinations to this because everyone’s vantage of the divine is uniquely theirs. This is a theological and spiritual version of the Rashomon Effect.

God may have existed in a vacuum at the moment of creation, however God does not exist in one within our lives. Those who believe in the divine color and shape this figure with their own context. As such, there are literally billions of unique religions around the world. Like our own human family, we each share 99% of our DNA with one another, and yet can appear vastly different, even among similar races. Only those who liberate themselves from form and duality reach clarity, and these souls hail from all faiths and even the absence of faith

At the risk of committing blasphemy (I have a one-a-day quota), I would say that each person who believes in fact invents and reinvents the divine via their subjective vantage on reality. In other words, we shape God with our experience, circumstance, culture, history, and context over and over again.

It is as if we are all on a beach wet with the tide, building various sand sculptures out of the same material. The folly in this is that we often fight with one another over whose sand sculpture best represents the sand. We even criticize folks who aren’t really into playing in the sand. These guys would rather study the wildlife in the nearby marshes, or gaze at the stars the following evening when it’s too dark to see the sand.

No matter how we reach for and grasp the sand, we come away not with sand, but our impressions upon it.

My question is this: how can form speak for the formless? How can a sand sculpture represent the sand? Does not undisturbed sand best articulate itself?

This isn’t to suggest the inferiority of sand sculptures (some are pretty awesome), but it is a question that I think is worth asking.

The point is that I think we need to caution ourselves against the rigid specificity and duality of our thinking. When the disciples nagged Jesus about the Kingdom of Heaven (or a perfected reality), he famously replied in Luke 17: 23, “Do not look here and don’t look there.”

Buddha refused to answer the question about God altogether.

When the Hindu rishis contemplated the question of God, they answered neti, neti…”Not this, not that.”

I can hear the face-palms echoing throughout history.

The prophets of our faiths came and upended the structures of our spiritual and corporate comfort levels. These guys come along and go ballistic on everything we’ve conformed to and in a great twist of irony, just as the dust settles from their siege, we construct yet another rigid system around whatever is left standing once the dust settles.

That was a lot of dancing.

When someone asks me if I believe in God, I tell them no, I don’t believe in God…I simply experience life. This is where my personal mantra, “Jai Vita” comes from. I celebrate life, the now, and the very wonder of awareness itself. I’m all about the sand, simply as sand, minus all the fondling. Some might take this as atheism, others might dig into it for some esoteric spiritual nugget. I’m cool with either conclusion, because as my wife said, I’m open to interpretation.

For kicks and giggles, I’ll throw in a parable for you to chew on.

A certain man walked through the desert. He carried neither water, nor food, nor staff. On some days the sands would blow against him. On others, the sands made sure his way. Every few days the man would happen upon an oasis in the desert. There, the inhabitants would greet him at the border. Though he had nothing to trade, they often took him in and provided for the man according to their substance. Some were known for their sweet waters, others for their various fruits, some for meat, others for music, and still others for wine, poetry, or the beauty of their speech. There were also those who turned him away, seeing he had nothing to trade. When the man left the oasis, he gave thanks and returned to the desert with no more than what he arrived with, ready to receive the sandy expanse and the next oasis.

This is my life. There are many like it, but this one is mine. 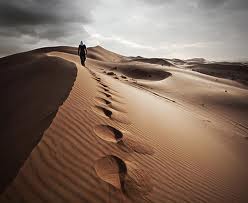 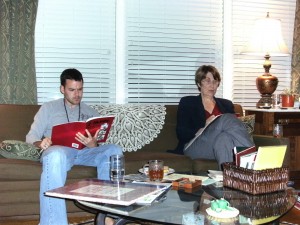 Attending Baha'i Study Circle: A Trip Down Memory Lane
archives most recent
More from Beliefnet and our partners
previous posts