According to my Wife, I was Brother Lawrence in a Former Life.

My wife and I were lying in bed last night reading when she calmly says out of nowhere, “I think you were this guy in a former life.” Heather is a Christian and so not usually given to such “Eastern” concepts as samsara (the seemingly endless cycle of birth and rebirth, a.k.a, reincarnation), but I suppose living with me last year during my journey through 12 faiths has rubbed off just a little.

Steeped within my own reading, I offered a mild, “Oh yeah? Who?”

“His name is Brother Lawrence. Says he became close to God by working in the kitchen and washing dishes.”

I dropped my book and immediately Googled this Brother Lawrence.

Folks who were around during my Buddhist month last year know that dishes and I have a rather profound relationship. In fact, it was while washing not dishes, but a dish that I experienced my first glimpse of satori (a Zen Buddhist term which means “understanding” and refers to enlightenment). Here is the link to that post. Some folks call fowl when I claim that my greatest lesson from Buddhism was how to wash a dish, but when I mention this to Buddhists, they offer a knowing smile.

So who was Brother Lawrence?

Brother Lawrence was born Nicolas Herman in early 17th century France during one of the most tumultuous times in the nation’s history.  A poor and uneducated peasant, Herman joined the army for practical rather than patriotic reasons: daily meals and a small stipend. Herman’s satori came one winter day as he gazed upon a barren oak tree. In his meditation, he suddenly awakened to God’s eternal grace and providence when he realized that, much like himself, the tree was dead, yet existed within the hope and promise of life renewed in the coming spring. At that moment, he said that the leafless tree “first flashed in upon my soul the fact of God.” An injury forced an early retirement from the army and he soon entered the Discalced Carmelite monastery in Paris, France as a lay brother in the order of monks.

It was there that he was assigned to the kitchen where he spent the rest of his life preparing meals, scrubbing pots, and even repairing the sandals of the other brothers. Here, in this seemingly torturous and menial work, Brother Lawrence reach enlightenment and union with God. For him, “common business,” no matter how mundane or routine, was the true medium of God’s love. His teachings are recorded in the book, “The Practice of the Presence of God.”

“Men invent means and methods of coming at God’s love, they learn rules and set up devices to remind them of that love, and it seems like a world of trouble to bring oneself into the consciousness of God’s presence. Yet it might be so simple. Is it not quicker and easier just to do our common business wholly for the love of him?“

How our lives are similar…

Do I really believe I was Brother Lawrence in a past life? No, though given the enormity and scale of the universe in its seemingly infinite capacity for chance and probability, I won’t completely rule it out either. Here’s the point: I discovered a kindred spirit with this man in the simplest of things…washing dishes. We are separated by centuries, but because Brother Lawrence and I both understand the art of the dish, we speak a common language despite the superficial boundaries that might otherwise separate us.

I believe this is how we can relate with those around us. I believe, as Brother Lawrence did, that we are complicating that which is beautiful in its unadulterated simplicity: Love.

But it doesn’t have to be.

We can simply show love and compassion. We truly can reconcile with one another. We are capable of removing the walls between us. We can love and honor God and one another via the simplest of means. 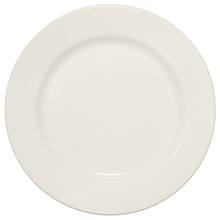 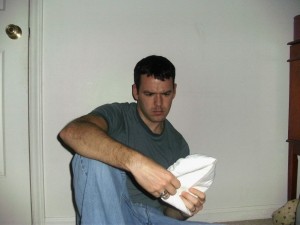 How Will Your Faith Benefit Someone Today?
archives most recent
More from Beliefnet and our partners
previous posts