Dharma Lessons from a Newborn

On January 19th, 2012, I became an uncle. Nathan was born a little over five pounds with all 10 fingers and all 10 toes. He seemed perfectly healthy.

Except, he was born dead.

My sister had a complicated pregnancy. I won’t go into details, but I will say that it was astonishing that Nathan even made it into his third trimester. The timing of his birth was so critical that had my wife (a labor and delivery nurse) noticed crucial signs in my sister only five minutes later, I wouldn’t be a new uncle. Nevertheless, Nathan was born blue and didn’t breathe on his own for six minutes.

Then, he took a breath. And he lived. Here he is today…

Why am I talking about babies here? Because children–especially infants–are full of wisdom. They aren’t yet tainted by the sludge of a conditioned existence. We haven’t ruined them yet. Infants are a clean slate. And then, our culture with all its ails and complications, scribble all over them like an overpass full of graffiti.

There were complications even after Nathan’s birth, which means my whole family is involved in raising him and looking after my sister. Nathan (and his two-year-old brother) spends a lot of time at our house. We don’t get much sleep anymore, nor do our lives operate with the same efficiency. Dishes pile up, our schedule is out of whack.

All because of a baby.

One day last week, Nathan offered me a lesson in purpose, dharma, and destiny.

I had been in the hospital the night/morning before with my sister until about 5 A.M. Exhaustion doesn’t cover it. My wife had also lost sleep at home. Later in the day, Nathan came to our house so that my mother could get some rest before the evening. She was supposed to watch both my nephews and my two daughters so that Heather and I could drive up to Raleigh, NC for the Triangle Interfaith Alliance annual dinner. I was invited to give a talk on Project Conversion.

Because of our chaotic lives, I hadn’t prepared my speech yet.

So I wrote the speech that afternoon while Nathan lay on our bed. He’s normally a chilled out kid. That day, while I tried to write a speech, he was not.

Any parent knows that babies have four functions and four functions only: Eat, sleep, poop, and piss. That’s it. That’s all they are meant to do. At this point, Nathan was not observing his four-fold dharma. He was screaming. Heather was in the shower, so she was no help.

“Come on Nathan. I’ve got to get this thing done,” I said, trying to work on no sleep within nearly 36 hours.

Nathan squirmed and wriggled on the bed. He didn’t care about my task. His dharma–his purpose–was somehow interrupted. Frustration, fatigue, anger, confusion…all fused into one. I only had one option left: I stopped what I was doing, I stopped writing my speech, and picked up the baby.

Nathan and I paced the room. I cradled him in my arms like a football and gently bounced him. He continued screaming. We were alone in our helpless state. Nothing rips me open like an infant’s scream. I was falling apart. At that moment I did the only thing I could think of: I chanted.

First, the Maha Mrityunjaya Mantra, dedicated to Lord Shiva that I learned during my time with Hinduism:

His screams turned into steady crying. I continued with saying “Om”, then I switched things up.

I set “Our Father” to song and…

“Our Father, who art in heaven
Hallowed be thy name.
Thy kingdom come,
Thy will be done,
On earth as it is in heaven.
Give us this day, our daily bread…“

Nathan’s cry became a whimper. I looked around and smiled with disbelief. “Holy crap, it’s working!” I continued with the Mool Mantar from the Sikhi text, Jap Ji Sahib.

Soon, he simply looked up at me. In that moment I realized that I was singing not only to him, but to both of us. We were both at peace.

Then, just as I got really philosophical and spiritual about the whole thing, Nathan farted. It was toxic, but he was smiling. Nathan had returned to his four-fold dharma. Then, Heather walked out of the shower, told me how cute we both were, and I gladly handed him over.

Through that intense ordeal, Nathan taught me an important lesson. When someone threatens your peace, move to restore theirs. We can either allow a person or situation to anger and frustrate us, or we can be a light and salve to the darkness and pain in their lives.

Whose peace will you restore today? 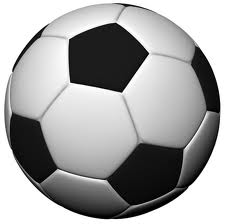 Coaching Soccer (again) and the Conclusion of Purpose, Dharma, and Destiny
archives most recent
More from Beliefnet and our partners
previous posts