Developing an Immunity to Religion?

A few weeks ago, I received an odd invitation. Even today, Heather and I still wrestle with what they said.

I was asked in no uncertain terms, to become a Christian. In fact, it was suggested that the invitation could be the answer to my question at the river only three days earlier.

My question at the end of my journey was “Who or what am I now? Who or what should I be?” I was met with silence which, for me, confirmed that I had known my fate all along. Three days later, my friends supplied another theory. Because of my experiences last year, I couldn’t take their message lightly. We aren’t talking about casual proselytization here. My friends were nervous, they knew about the year I just had, and I could see the anxiety on their faces. But they stepped out in faith.

And it was four days of pure hell. 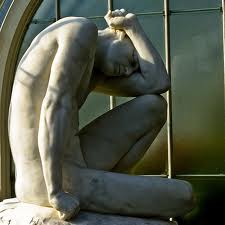 Heather and I fought more in those four days than we had in years. I didn’t sleep, I seldom ate, there was no focus or peace. My whole world crumbled around me. I wanted to help my friend because my life was supposed to be about service, but I couldn’t withstand the internal onslaught.

Finally my strength gave out. I couldn’t even keep my eyes open during morning reading and meditation. That final morning, I only had enough juice to mumble, “I can’t…”

As my head bowed and my shoulders folded inward, I felt more than heard something inside me say, “You aren’t allowed to.” Then I passed out, right there on the cold hardwood floor.

My oldest daughter woke me a few hours later. She looked at me, folded her arms and said, “Daddy, you’re not a Jain monk anymore, so you don’t have to sleep on the floor.”

I smiled and said, “Thank you for reminding me.”

A flood of understanding rushed over me. The tension, the frustration, the agony…I felt lighter and more fully alive than I had in over a week. In that moment, I got it. Once I acquiesced during meditation, the vision was clear. In those four days, I struggled to be something I literally couldn’t be. It wasn’t part of the purpose, dharma, and destiny given to me at the River Temple. Trying to actually convert to something was like causing a 14-car pile-up on the highway. That’s why my life came unhinged and fell into such chaos.

I was trying to be something that I wasn’t.

My friend didn’t really understand when I shared this with him, in fact he said he was afraid I had developed an “immunity to Christ.” It’s the same reason most people didn’t understand and were even a little confrontational when I finally shared this reality in a recent post. The irony is that I was once a staunch enemy of all faith, and now I’m its servant. The irony is that, once an enemy of faith, I believe but cannot become part of. But there is solace, as I would later discover within Taoism, in that one is not called to follow others but to discover the Path. And even if it confounds or even angers others, the real test is the establishment of your inner peace.

read next post
Is This It? How Seemingly Dangerous Questions Strengthen Faith
archives most recent
More from Beliefnet and our partners
previous posts