So, Why Not Jainism?

The Jain philosophy is not very popular, according to my stats this month. Maybe folks just aren’t interested, or I’m doing a poor job in presenting this path. Perhaps it’s both. I’ve asked myself “why” all month, why this Jain way is such a hard pill to swallow and in some ways, I just don’t get it.

Here are some of the more attractive features of the Jain philosophy:

As far as I can tell, no wars or conflicts have ever began in the name of Jainism. Because of the Jain belief that only a soul in human form can achieve liberation, killing a human is considered vile and abhorrent under any circumstance. Even ill feelings or harsh words/thoughts toward another person is considered wrong. Jains are also strict vegetarians and staunch animal rights supporters for this very reason.

While Jains do believe in the existence of gods, these are simply higher spiritual beings and not the creators or supporters of the universe. Therefore, one’s liberation rests squarely on the shoulders of the individual. If someone follows the Jain philosophy and path, they will achieve liberation. Some may find this spiritual independence and lack of focus on a god liberating, however some require that feeling of a “divine watcher/controller.”

While beholden to their path, Jains do not view other faiths and philosophies in the negative or as opposition. The philosophical practice of Anekanta allows the Jain to see a single point or concept from many points of view, thus reducing the need for conflict and admitting truth from multiple angles by embracing pluralism. 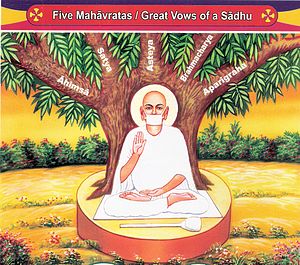 So what’s not to love? Perhaps it’s the focus on the monastic life. More than many other faith, while Jainism provides guidelines for the laity and the laity lead quite normal lives, the ultimate goal is always to become a monastic. Jainism is unrepentant in this regard. I selected this month for this very reason: to see just how far monasticism can go. Obviously, I couldn’t hang with it too long without slipping here and there. In all fairness, laity who later become monks and nuns go through great training before shedding the householder’s life, but I wanted a taste nonetheless.

Is this what makes the Jain path so unsavory? Is its strict non-violence and monastic rules too much for a society (in many ways) bent on consumption? I think it would be like telling a common citizen that a gym membership isn’t enough for fitness. In order to achieve ultimate health, one needs Marine Corps. basic training. If this were the case, I fear we’d have a greater obesity issue in this country than already exists.

This may also contribute the Jainism’s lack of “export” to other parts of the world outside of the Jain diaspora. Jainism and Buddhism are contemporaries according to many scholars, however Buddhism (while for the most part, was pushed out of much of India) has done a better job of winning hearts and minds outside of its homeland. But why?

I think a lot of it comes back to the intensity of practice. Not everyone wants to train like a Marine. Similarly, not everyone wants liberation like a Jain monk or even the laity. Another contributor of Buddhism’s success was powerful patrons like Emperor Ashoka, who sent Buddhist missionaries in all directions after his conversion. While Jainism did enjoy the patronage of many social elite, none possessed quite the fervor of this Indian ruler.

On the other hand, many of you objected to my practice as a monastic within the household. You witnessed the tensions it caused despite the very important lessons. When it comes down to it, you have your own personal reasons for not jiving on this faith as you have with others. There’s a reason we don’t know as much about Jainism as we do other faiths. There’s a reason you don’t hear much about folks converting to Jainism and why it remains predominately in India. All this said, who would we be without such extreme standard bearers of non-violence or animal rights? In many ways, these people are the high plateau we reach for and even if we miss the mark, we’re still doing pretty well.

This month has been difficult, but well worth the effort. In the end, it doesn’t matter how many people read this blog. I’m not in this for popularity. What matters is what those who have read it learned, changed, challenged themselves with these teachings and all the others to be better human beings.

So, for those of you reading about Jainism, what have you learned and is there anything you’ve changed or challenged yourself with regarding these teachings? 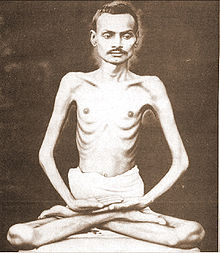 Did Jainism Help Shape the American Civil Rights Movement?
archives most recent
More from Beliefnet and our partners
previous posts