Fasting for Thanksgiving. A Jain Perspective

Once upon a time, Thanksgiving was my favorite holiday. It wasn’t because of how grateful I was or that I could spend time with family. I loved Thanksgiving because it’s one of those times of year many Americans gorge themselves without remorse. 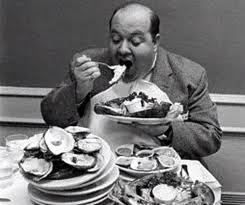 And if that isn’t enough, we wake up early the next day (Black Friday) and drive ourselves into a savage frenzy with yet another type of ravenous consumerism. 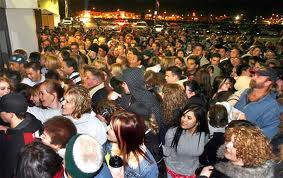 If Jainism has taught me anything this month, it’s how to do more and be happy with less. According to this article, the average American will consume about 4,500 calories on Thanksgiving day. That’s over twice the daily recommended amount. What’s more is that we consume most of these calories while sitting around watching football games and parades on television. But it’s okay, we need our rest for the impending 24 melee of shopping waiting for us the next day.

I thought about these traditions yesterday and was utterly disgusted and saddened. I thought about the over 600,000 homeless individuals who had nowhere to celebrate these days of plenty. Then I thought about the 20.5 million people who are in extreme poverty. There’s also the enormous amount of food we waste in this country alone–about 30 million freaking tons of it a year. Even with all of this, our United States of America still boasts an over 60% overweight and obesity rate.

On Black Friday, Americans spend about 45 billion dollars over the weekend. That’s about 400 bucks per spender.

We should be ashamed of ourselves. We have no right to complain about anything. There is no reason a single person should go hungry or sleep cold on the streets tonight when we go to such lengths on ourselves. I’m ashamed.

I’m fasting for two days in recognition of this reality and in remembrance of those who won’t eat this Thanksgiving. Will it make a difference for them? No, but it makes their plight my reality. Project Conversion is about becoming someone else, putting yourself in their shoes, so that you might better understand another’s point of view. I’m fasting by choice to honor those who have no choice.

I’m also exploring ways I can volunteer on Thanksgiving Day and Black Friday to help alleviate the suffering of those not able to stuff themselves on food or the latest gadget…those who have little to be thankful for. Sure, it might be a little late, but I’ll sure try. I recommend you do the same. And if you can’t volunteer somewhere, why not spend less of Thanksgiving dinner, or take what money you save and donate the funds? Instead of spending all that money on Black Friday, help clothe a child.

One of the most important Jain contemplations is compassion. Mine will increase because through fasting, through conquering my desire to fill myself to overflowing with food and things, I become closer to my less fortunate brothers and sisters. The irony is, they are closer to what joy really is in their position of less.

“Earth provides enough to satisfy every man’s need, but not every man’s greed.”
–Mahatma Gandhi, a fan of Jainism 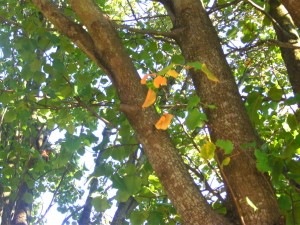 Nature as Mentor. Can Nature Teach Us Spiritual Concepts?
archives most recent
More from Beliefnet and our partners
previous posts