My Last Day as a Sikh

I didn’t sleep well last night. Today is my last day as an honorary Sikh and I feel as if I’m floating between two worlds. We’ve talked about how jarring each transition is, but it’s especially difficult with a faith that bonds to you so well. Another unique aspect of my month as a Sikh is that out of all the months so far, this was the most visual. I physically changed over the month and wore the Five K’s, articles of faith within the Sikh religion. They are: Kesh (unshorn hair), Kanga (comb), Kachaira (undershorts), Kara (steel bracelet), and the Kirpan (a blade).

Here is a before and after image of my transformation into Sikhi:

I’d say that was a pretty dramatic change. Understand though, that this is more than just walking around carrying various religious objects. These are part of a uniform which represents religious independence and a duty to protect/fight for those who are under the heel of tyranny. Each article of faith holds great significance for the Sikh and reminds him/her of their relationship with Waheguru (God) and humanity. Such a great responsibility weighed heavily upon me every day as I wore each article. I wasn’t just slipping on some impractical article of faith, I was dressing for battle.

Because this is such a visual faith and I’ve changed so much over the last 30 days,  I wondered a lot (probably why I couldn’t sleep last night) about how difficult the transition into another faith would be. Will I feel lighter, less prepared, without these pieces of my identity? How many razors will I go through while shaving this beard? I assume that it will physically hurt to stop being a Sikh. What’s sad yet inspiring to me is that many Sikhs have died rather than cut their hair or remove their dastaar (turban).

Earlier in the month, I encouraged Sikhs to stand up for their identity–especially when it comes to the physical implements–and wear them with pride. This was difficult for some to hear, coming from an outsider, but I would say the same to anyone in that position. Don’t be afraid or ashamed of who/what you are.

The dark side of honoring one’s identity is that sometimes, you are a minority. More than any other month, I felt the gaze of exclusion every time I went out in public. The dastaar attracted many stares and who knows how many whispers. I knew I was officially part of the Sikh Panth (global community/congregation) when someone refered to me as “Taliban.” Though I took that with a grain of salt, it got me thinking about others. Were they calling me names behind my back (maybe even right in front of me)? Was I being equated with one of “them,” whoever “them” may be? The irony is that while many judge Sikhs as a fringe element because of their dress or beliefs out of ignorance, a Sikh’s code of conduct demands that a Sikh defend those who are marginalized and/or oppressed. This includes those who judge them. That takes guts, and just opening yourself up to questions is the best form of combat against ignorance.

These two words, in my humble opinion, fully describe the Sikhi faith. Sikhs are called to meditate on the presence of Waheguru (God, meaning the awesome light which dispels darkness) in everything.

“In the ambrosial hours of the morning we should meditate on His True Name and ponder His greatness.” –Japji Sahib

There is no duality then, no evil spirit vs a good one. God is in everything, everywhere, at all times. Our “salvation” comes in recognizing His (God is genderless, by the way) Order and prescence in the cosmos. Waking up at 4:30 in the morning when all the house is still, silent, makes this easier. I liked thinking about God as light cutting through the darkness both literally and metaphorically. Sometimes, I’d meditate in the dark and light a candle to represent this ideal. Amazing what a little votive candle can do to a dark room. Is this not the world we live in today? Guru Gobind Singh said that the Khalsa (initiated Sikhs) is a special group of saint-soldiers, “One among millions.” Sikhi taught me to be a single point of light in the vast darkness.

Serving both the earth and humanity are Sikh essentials. Because Sikhs observe the divine in everything, this concept reinforced the respect I already had for the environment. This also plays a role in how we treat one another. My Mentor this month taught me that when I look into his eyes, I gaze at God and He gazed at me. In this way, every opportunity to listen closely, to smile, to serve, is a form of worship of the divine.

Few places illustrated the idea of service better than the langar (free kitchen/shared meal) at my Mentor’s gurdwara in Charlotte, North Carolina. Everyone, regardless of social status, sits in line on the floor while weekly volunteers serve food. Here we talked about Sikhi and it was just great being among the people I tried so hard to emulate. Thank you, Gurdwara Sahib of Charlotte, NC for welcoming me into your faith and your way of life. Waheguru ji ka Khalsa, Waheguru ji ki Fateh!

So here we are at the end. I’m told that, while I will not go on looking like a Sikh, a Sikh is one who searches for truth and meditates of the divine in all. In reality then, even though today I shave the lion’s mane (unshorn hair) of the Kesh I wore so proudly, I am still one of them in spirit. In fact, that description sounds a lot like many of us, doesn’t it? We are so much more alike, so much more like a family than we realize…

I wish I could stay a while longer, but I have many more miles to go before the end. Many thanks to my Mentor, the sangat at Gurdwara Sahib, and to all the wonderful Sikhs who’ve joined the Congregation and left comments of insight, wisdom, correction, and encouragement for me this month. I’ve learned so much and many who weren’t previously aware of Sikhi now know who you are. With all my heart, I hope my seva (selfless service) through Project Conversion was a blessing to you and your faith. 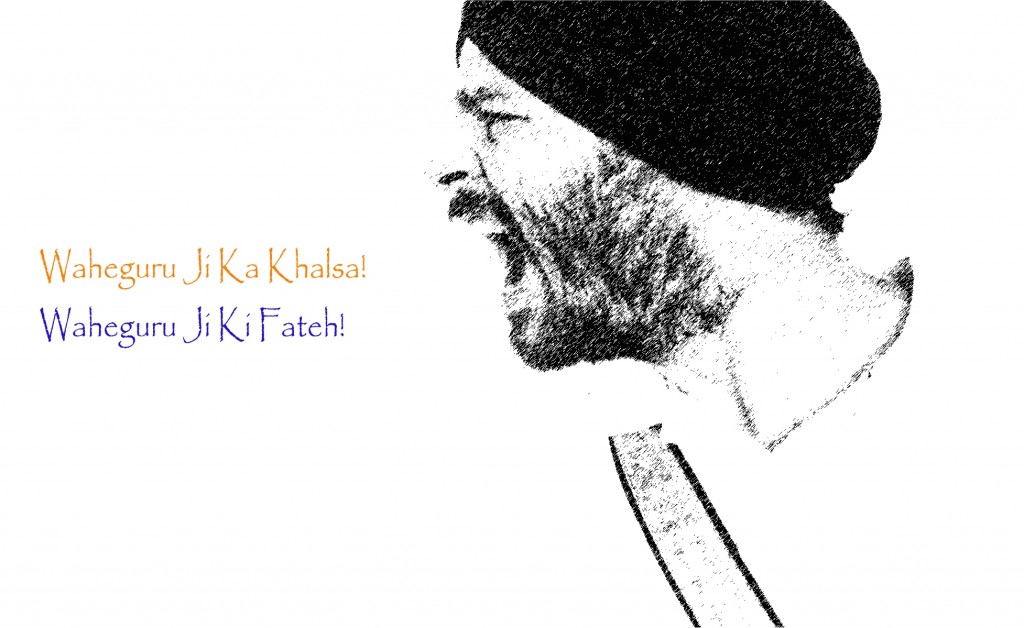 When Lions Tremble: Sikhs Bullied in America
archives most recent
More from Beliefnet and our partners
previous posts