Dear Rick: Would you ask Barack and John about… 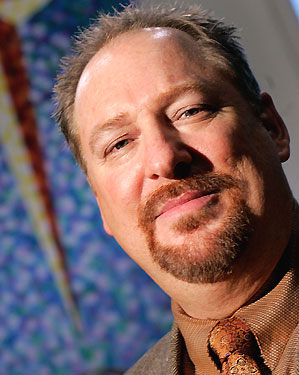 This weekend’s main event, outside of the Beijing Olympics, will be the Saturday sit-down between superpastor Rick Warren of the Saddleback megachurch and Barack Obama and John McCain–and event being called “the Saddleback Civil Forum.” Rick will have an hour with each man to talk about faith and how their faith would affect their agendas should they be elected president.

This is an extraordinary, indeed unprecedented, role for a clergyman, and a remarkable moment for the campaign and American politics. Nothing like this has happened before, and so it’s natural that Pastor Rick would need some help formulating questions.

And speaking of the Olympics, here is what I’d like to see Warren ask McCain and Obama:

Gentlemen: You have both proclaimed yourselves men of faith whose beliefs inform the way you would govern the United States. But I’d like to know what would you do to promote religious freedom overseas for people of faith who are suffering–Tibetan Buddhists at the hands of the Chinese, for example, or as many as 100 million Christians in China and elsewhere, especially in Sudan and many Muslim countries.

This October marks the 10th anniversary of the International Religious Freedom Act, or IRFA, which was signed into law by none other than Bill Clinton. To the dismay of many of us, George Bush has not been able to use that act to advance international religious freedom nearly as much as we had hoped. In fact, his muted reaction to the Chinese crackdown in Tibet amid his trip to Beijing for the Olympics underscored his mixed record.

Polls, like a May 2008 survey commissioned by Open Doors USA, show this is an issue of vital concern to Americans, especially believers. Would you do anything different? And if so, what? 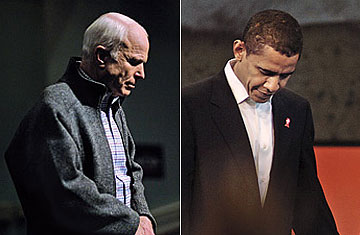 FYI: For indispensible background reading, check out David van Biema’s superb profile, “The Global Ambition of Rick Warren,” in the recent issue of TIME magazine. And for further reference, check out the brief essays on faith by each candidate, also in TIME. John McCain’s “A Light Amid the Darkness,” and Barack Obama’s “Changing Hearts and Minds.”

read next post
Will the Dems' Abortion Shift Attract Votes?
archives most recent
More from Beliefnet and our partners
previous posts