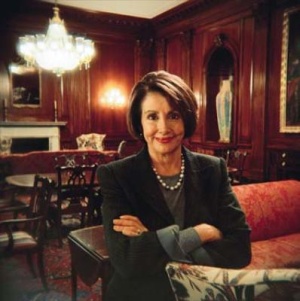 And Aristotle, Aquinas, Archbishop Chaput and various Bishops, and Brokaw…All weigh in on the House Speaker’s response to Brokaw on Sunday morning’s “Meet the Press” (scroll to the end) in which he raised–yet again–the age-old question, “When does life begin?”

Pelosi’s response did not, to say the least, do justice to the Catholic tradition:

MR. BROKAW:  Senator Obama saying the question of when life begins is above his pay grade, whether you’re looking at it scientifically or theologically. If he were to come to you and say, “Help me out here, Madame Speaker.  When does life begin?” what would you tell him? 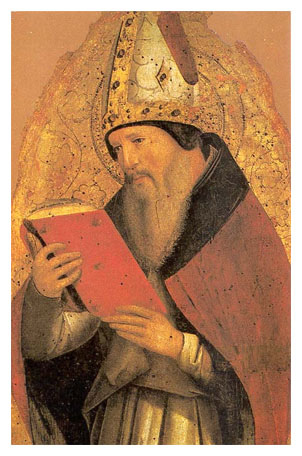 REP. PELOSI:  I would say that as an ardent, practicing Catholic, this is an issue that I have studied for a long time.  And what I know is, over the centuries, the doctors of the church have not been able to make that definition.  And Senator–St. Augustine said at three months.  We don’t know. The point is, is that it shouldn’t have an impact on the woman’s right to choose.  Roe v. Wade talks about very clear definitions of when the child–first trimester, certain considerations; second trimester; not so third trimester.  There’s very clear distinctions.  This isn’t about abortion on demand, it’s about a careful, careful consideration of all factors and–to–that a woman has to make with her doctor and her god.  And so I don’t think anybody can tell you when life begins, human life begins.  As I say, the Catholic Church for centuries has been discussing this, and there are those who’ve decided…

MR. BROKAW:  The Catholic Church at the moment feels very strongly that it…

REP. PELOSI:  I understand that.

MR. BROKAW:  …begins at the point of conception.

REP. PELOSI:  I understand.  And this is like maybe 50 years or something like that.  So again, over the history of the church, this is an issue of controversy.

Brokaw was taking up what Rick Warren began at Saddleback, when he asked Obama and McCain that question–though without exploring the lameness (Obama’s “above my pay grade”) or inconsistency (McCain’s “stem cell research is okay”) of those answers. On the one hand, it is good to see Augustine, as well as Aristotle before him and Aquinas after him, among others, being discussed in the public square. Very Catholic, we must admit. But  “Meet the Press” doesn’t seem like the most enlightening forum for such an issue. Wouldn’t the discussion more proper to that venue be about public policy on abortion? 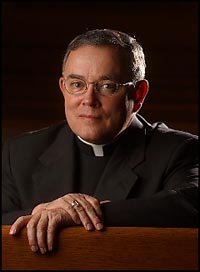 Pelosi’s response earned the first and sharpest retort from Denver’s Archbishop Chaput, whose statement one commenter likened to “an attack ad.” Maybe not quite, but he’s doughty, as ever: “Catholics who make excuses for [abortion–whether they’re famous or not–fool only themselves and abuse the fidelity of those Catholics who do sincerely seek to follow the Gospel and live their Catholic faith.

The U.S. bishops’ Pro-Life and Doctrinal committee heads responded here, and Washington’s Archbishop Donald Wuerl also weighed in with a measured statement that included this paragraph:

We respect the right of elected officials such as Speaker Pelosi to address matters of public policy that are before them, but the interpretation of Catholic faith has rightfully been entrusted to the Catholic bishops. Given this responsibility to teach, it is important to make this correction for the record.

As regards public policy, it is interesting that the final part of Pelosi’s answer has received less notice, and no response (that I’ve seen) from church authorities:

REP. PELOSI: … But it is, it is also true that God has given us, each of us, a free will and a responsibility to answer for our actions. And we want abortions to be safe, rare, and reduce the number of abortions. That’s why we have this fight in Congress over contraception.  My Republican colleagues do not support contraception. If you want to reduce the number of abortions, and we all do, we must–it would behoove you to support family planning and, and contraception, you would think. But that is not the case. So we have to take–you know, we have to handle this as respectfully–this is sacred ground. We have to handle it very respectfully and not politicize it, as it has been–and I’m not saying Rick Warren did, because I don’t think he did, but others will try to.

The best discussion I’ve seen so far, and by far, is over at dotCommonweal, where several pros weigh in with thoughtful exchanges. Check it out here.

All in all, the Pelosi-Brokaw-Bishops exchange illustrates once again not only the difficulty in linking religious precepts with public policy, but also the difficulty in being a Catholic in public life. With Biden on the ticket, it seems likely this debate will continue. Will it scare McCain away from choosing a Catholic veep?