Taking the gospel out of the pews, into a hurting world

In a recent blog, I wrote about how Christians are increasingly becoming dissatisfied with traditional church – the big buildings; the pews; the three songs, an offering and sermon routines so long the fabric of Sunday worship.

Underlying this disconnect with the superficial glad-handing and shallow Sunday-go-to-meeting “friendships” of a typical congregation, believers want something more . . . real. In short, in increasing numbers, those who call themselves Christians want to do more than belong to the church club; they truly want to be “Christ-like.”

I wrote about alternatives believers are trying, from Internet-based worship and fellowship to small “house churches” — more intimate gatherings reminiscent of the 1st Century Christian movement that thrived in private homes, hidden groves, grottos and catacombs during waves of deadly persecution.

Somehow, ironically, Christians were truly more “Christ-like” when they face imprisonment or even death – as believers do today in many countries where they run afoul of non-Christian rival majority religions, or in China, where the Communist Party still considers Christianity to be counter-revolutionary.

In America, we still enjoy freedom to practice (or ignore) religion unfettered by government restrictions. Yet, our churches – if the polls can be accepted at face value – are generally in decline. There seems to be no doubt that the American Christian community is in dire need of diversification and a fresh vision – several of them, perhaps – if it is to regain relevance.

Let me share a couple examples, then, of movements and organizations trying to return Christians to their primary, foundational principles – and in the process take the gospel of love out of the sanctuaries of our plush, comfortable churches and into the real, hurting world. (Periodically, I plan to showcase more of these).

Consider an Arizona border ministry called No More Deaths, for one. While so many conservative, fundamentalist Christians have become embroiled in the debate over immigration reform – and more than a few “Christians” vocal to a point that passes arguments for law and order to become outright hatred of undocumented workers in the United States – No More Deaths is focusing on a very human crisis played out regularly in the deserts along our southern borders.

It is estimated that in the last 10 years alone, 5,000 people – men, women and children – have died trying to cross the Sonoran Desert after running out of water and food. Often, they have spent their last pesos to latch on with a “coyote,” a guide-for-hire who abandons them far from shelter.

No More Deaths is not debating the need for legal immigration. What it  is doing is what Jesus would do: offering that cup of cold water, both proverbially and literally; feeding the hungry ; and healing the sick and destitute.

After all, Christ’s Good Samaritan didn’t question why or how the man he found robbed and beaten nearly to death on the roadside had come to be there; he offered the help that others were too self-righteous to give.

So the volunteers with No More Deaths walk the same remote, desert trails where so many immigrants stagger toward their American Dream. They aren’t judging them for taking a path so many millions have taken before them, lured by corporate employers who turn a blind eye to the law in order to hire cheap labor.

Instead, No More Deaths ministers look for the dead or those near-death, rendering aid where they can – and peace of mind and closure for the families of those they find too late.

While No More Deaths also has allied itself with causes that may appear more questionable to some Christians (such as sponsoring participants in the so-called “freedom flotillas” to the Hamas-ruled Gaza Strip, aid shipments seen by some as a tool of anti-Israeli groups) the ministry’s work in the Southwestern deserts saves lives, and its advocacy on behalf of undocumented immigrants in danger of being deported into the arms of Mexican drug cartels is just plain compassionate.

There are many other efforts by Christians inspired to share the hope of the gospel not only by inviting people into their churches, but putting their spiritual truths into vessels of practicality. One of them is the Rev. Joel Holm’s PathFinders International, a decade-old ministry that tries to show Christians worldwide how to stretch beyond the church’s front doors and into their communities.

Holm has advised congregations as varied as U.S. megachurches like Rick Warren’s Saddleback Church and Bill Hybels’ Willow Creek Community Church to tiny, underground churches meeting under threat of imprisonment and death around the world. Through a combination of church-to-church partnerships and cooperation between Christians and leaders in government and business, effective, common ground is found for educational, healthcare and job-training outreach, Holm helps facilitate efforts that build families, communities . . . and faith.

Christians are taught to be “salt and light” in the world. Through such ministries, they are finding those commissions include both spiritual and practical applications. 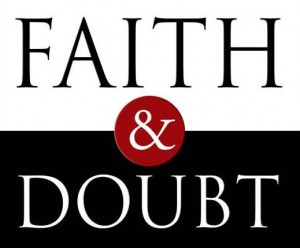