Another election, another spate of ‘Christian’ candidates

There are a couple good reasons I am, for now, viewing born-again Christian and Texas Gov. Rick Perry with some trepidation. Nothing personal — just on painful experience.

One, the last time I voted for a politician who made his Christian faith a campaign plank was to help elect Jimmy Carter. History shows how well that turned out. (As in, it did not turn out well, at all). Then, of course, the choices (declared or potential)  since have been . . . quizzica (and all self-proclaimed Christians): Sarah Palin, Rick Santorum, Herman Cain.

Oh, and let’s not forget, President Barack Obama also says he is a Christian, even a  “born again” one.

Secondly, that massive, pre-presidential bid “prayer rally” in Texas that Perry presided over. I defended his right to do so, as the same right any Christian — even politicians! — have to proclaim their faith. He was careful to keep political commentary out of his prayer . . . and what’s wrong with asking people to pray for a nation with the problems we obviously have? We need it.

Still, the timing was suspect, to say the least. He may not have politicized the prayer event, but even if “coincidentally,” Perry’s mantle certainly took on the other-worldly glow of his being the evangelical Christian voter’s obvious choice. Or, I suspect, Perry’s campaign staff is doing nothing to counter such an anointing, as it were.

All that said, the recent brouhaha among my colleagues in the news media over Perry daring to say Creationism ought to be taught as an alternative idea alongside Evolution seems to ignore the fabricated, even cowardly antics of New Hampshire mother using her little boy as a political hand puppet.

Whatever my reservations about Perry, I have to applaud his handling of the manufactured “confrontation” over the Science vs. Faith battleground (a “battle,” by the way, I see as contrived and bogus; truth is truth, wherever it comes from . . . but more on that in another blog).

Though it was obviously the mom-with-an-agenda was feeding the kid questions he probably didn’t even understand, Perry answered, honestly. People may not like his answers, of course, but he answered, anyway. Take a look for yourself at this video clip.

One question I had in viewing this bit of theater- that-backfired was never answered: What do I care what a presidential candidate, or even a president-elect, thinks about the specifics of humankind’s origins? I want to know what he will do about our three wars, unemployment, immigration reform, health care, the record national debt and the environment.

Seems to me, the issue of where and how our species got here is, pardon the pun, evolving — both in the science, which changes frequently with new discoveries, and how people of faith find ways to embrace both truth . . . and Truth.

So, Perry’s response to the mom-kid-hand puppet ambush? Asked how old he thought the earth was, the Texan drawled out, “How old do I think the earth is? You know what, I don’t have any idea. I know it’s pretty old. So it goes back a long, long ways. I’m not sure … anybody actually knows completely and absolutely how old the earth is.”

That seems fair. After all, follow natural science’s estimates for Earth’s age over the past century, and researchers have gone from 20 million to 400 million to 1.6 billion to 3 billion and on to the latest estimate, 4.5 billion years old. 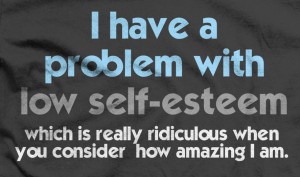 In tough economic times we need grit, sacrifice and a lot of prayer
archives most recent
More from Beliefnet and our partners
previous posts