Bad Karma when you ‘dis’ others’ holy persons, places or things

Mess with someone’s scriptures, holy sites, holy figures, sacred symbols and icons or even their blessed undergarments (shout out to my Mormon friends, and the antics of Latter-day Saint underwear tossing street preachers at Salt Lake City’s Temple Square), and you can get yourself into trouble.

Latest example: Famed India fashion designer Suneet Varma had the ill-advised (however accurate) audacity to remark that the Kama Sutra is the most celebrated Hindu text on the planet. Not coincidentally, Varma recently released his” Kamasutra” clothing line. That rather upset Rajan Zed, president of the Universal Society of Hinduism.

You see, probably most Westerners — especially men — will connect the word “Hindu” with what they vaguely recall is a multi-position sex manual called the Kama Sutra(actually, it is much more than just that; more on that later). Few people outside of India, however, will think of the weightier Hindu texts such as the Vedas, Upanishads, Bhagavad-Gita and others.

So, Zed wants Varma to apologize. First, for giving a relatively minor, if steamy, text a place over the more-revered scriptures, and second, for commercializing Hinduism, an ancient faith of nearly one billion adherants.

As a Christian teen, awash in testosterone, I found the Old Testament’s Song of Solomon made my heart beat a little faster (even without illustration). It was not a frequent (well, ever) choice for Bible study or congregational reading in my Dad’s churches. Pentecostals tend to flush beat red when reading about “kisses” and “chambers,” “beds,” “desire” and “lying betwixt my breasts.”

But you know, it was, uh, all allegorical. To Orthodox Jews, I’m told, it is Solomon’s symbolic representation of Israel’s relationship to God. Christians took that a step further, applying it to Christ’s relationship to his church, the body of believers.

I don’t know, but there are a few things that make we wonder, especially about that last bit — Solomon reigned almost 1,000 years before the advent of Christ, for one; and the guy, by tradition, had 700 wives and 300 concubines.

That just tends to make me think this work of prose, albeit rich in imagery and metaphor, just may boil down to a literary love song penned by a passion-sick Middle Eastern king. And I’ll tell you this, there aren’t a few fundamentalist Christian (or Catholic, or Jewish, or Muslim) scholars out there who would likely demand an apology from anyone, by implication, stripping deep theological meaning from Solomon’s song.

Hey, I could be wrong. Probably am. There’s no reason not to use a beautiful poem as a literary, theological framework. Done all the time with other scriptural passages. But I’m just saying: You don’t “dis” people’s sacred things or people or places. Seems simple enough.

If you do, more than righteous indication and verbal condemnation can result. Consider that many Muslims believe it is explicitly forbidden to visually depict Muhammad. So, when a Danish newspaper published editorial cartoons a few years ago depicting Muhammad as a terrorist, violent riots ensued in the Middle East. There were even plots to assassinate one of the cartoonists.

(By the way, depictions of holy figures also cause angst outside of Islam. When the “Buddy Christ” parody icon (see picture to right) appeared in the 1999 movie “Dogma,” the Catholic League was none too thrilled, condemning the film and its fast-and-loose comedic/sacrilegious romp through Catholic beliefs. Makers of the film reported receiving 300,000 pieces of hate mail, including death threats.)

More recently, a small-time Florida pastor made himself into a worldwide pariah to most, and a hero to like-minded bigots, when he held a mock trial of Islam, convicted the faith and then carried out his sentence by burning a Qu’ran in a portable fire pit. Enraged mobs killed more than a dozen people and injured scores more in ensuing Middle East rioting.

I know, freedom of speech. Just saying, there’s a cost to be paid, and sometimes it is the blood of innocents.  It’s seldom the speakers, either, who pay that price. Death is real; what is rhetoric worth? 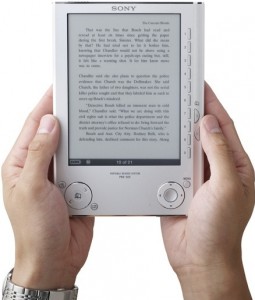 When it comes to holy writ, which is better: Printed or e-books?
archives most recent
More from Beliefnet and our partners
previous posts