10 years ago Rick Norsigian, of Fresno, Calif. picked up the box of glass negatives for the princely sum of $45 at a garage sale. Now, after spending a decade researching the origin of his find photography experts have deemed the negatives to be long-lost Ansel Adams originals. Norsigian’s find is worth an estimated $200,000,000.

“It truly is a missing link of Ansel Adams and history and his career,” said David W. Streets, the appraiser and art dealer who is hosting an unveiling of the photographs at his Beverly Hills, California, gallery Tuesday.

Not everyone concedes the authenticity however. Grandson Matthew Adams, president of the Ansel Adams Gallery is doubtful. “Mr. Norsigian has been claiming these negatives were made by Ansel Adams for many years,” he said. “I am unaware of anyone knowledgeable agreeing with him.” He said that many collector come forward each year claiming to possess original works from Ansel Adams. Few prove legitimate.

Norsigian’s claim however has evidence. His theory centers around a fire in 1937 that destroyed much of Adam’s early work.  These negatives could have survived the fire, he suggests and somehow remained undocumented.

The negatives, dated back as far as the 1920s, depict Yosemite, Carmel and San Francisco, all well-known subjects of Ansel Adam’s art.

Are these images truly treasures from the past? It makes me wonder how much buried treasure there really is out there. As a follower of Jesus I can’t help but see spiritual parallels in stories like this. What undiscovered wonders are just waiting to be found? Jesus once described the Kingdom of God as a treasure that a man found in a field. He sold all he had to buy the field, which would then give him the right to the treasure. God has a many undiscovered riches and wonders for us. They are worth the search and the cost…

“God, give me eyes to find the hidden treasures of goodness and true value tucked all around me. Give me courage to do whatever it takes to get hold of what might seem on the surface like a nothing more than a box of junk but beneath can be of infinite value. You have promised that the meek would inherit the earth. Let me walk in humility and keep my eyes open for the true treasures hidden at my feet! And when I find them, give me courage to sell everything to get them. My everything for your everything is still a bargain! Like $45 for $200,000,000! In Jesus…” 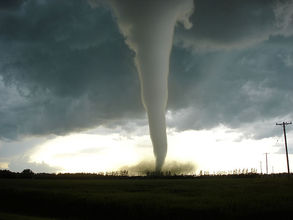