The True Monastic Adventures of A Recovering City Girl 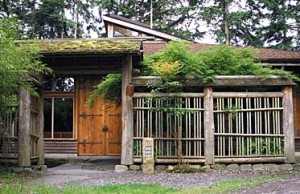 In 2005, when I moved to a small town in the Pacific Northwest from the San Francisco Bay area, the pace of my daily life came to a screeching halt, but the activity in my mind kept its old furious tempo so that I suffered from a psychological whiplash that left me agitated and depressed. I wanted to get things done, but a list of errands—grocery store, post office, library, etc.—that had taken an entire afternoon in my old life now took precisely 1.5 hours and then I was back at home. I was like Fred Flintstone when his car gets lifted off the ground and it’s just his feet running at a break neck speed.

The silence and stillness were maddening to me, I wanted to turn up the music and run around in circles in my living room—anything to get back to my old comfort zone of hustle and bustle. I won’t blame the city for having kept me so tightly wound, because plenty of individuals cultivate an inner peace in an urban environment, but for me personally, the city’s endless distractions were the perfect companion to my inclination to run from myself. I was alone and quiet only in little bite-sized portions. The kicker is that I had been longing for this dramatic change of pace, and now that it was upon me I couldn’t adjust. Constant activity is a much stronger drug than I had realized. I was desperate. I looked around for inspiration from others whose lives had similarly shifted from the fast lane to the slow, and I found it in several books by author Kathleen Norris, a poet who moved from New York City to a tiny town in South Dakota in the 1970s.

Among other subjects, she writes about the deepening spirituality brought about by her move, helped along by several visits to monasteries. At one point she chronicles her stay of more than a year in a Benedictine monastery. I did not grow up as a churchgoer and have always regarded spirituality a bit like ghosts—a fascinating phenomenon of which I have no first-hand experience.  I understood that if I was to thrive—or just survive—in this new life, I would need to equip myself with an understanding of something greater. I would need to find a way to be comfortable with the silence, to welcome it, even, and to grow from it. Monastics are experts in solitude, so I was hoping time spent among them would provide me with some valuable lessons. 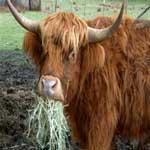 On the internet, I found a monastery within a manageable drive of my home. Like the one in which Norris stayed, it is Benedictine, a Roman Catholic order that follows the rule of St. Benedict. However, this one is all female (the “monks” are nuns) and is also a…  Continued!

Open Book: "The Trial of God" by Elie Wiesel
archives most recent
More from Beliefnet and our partners
previous posts