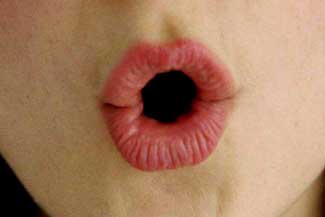 She figured if she bought it at Bloomingdale’s, she could talk about it… orgasm. Orgasm is the hottest selling color in the NARS line of cosmetics. Imagine the discussion when a plucky marketing maven suggested that name for a lip gloss!

Joni wants to talk about orgasms with her closest friends. But understandably, she tiptoes carefully around the subject. It’s actually a spiritual conversation she wants to have, not a sexual one. The way she figures it, God is in the orgasm, the purest form of physical pleasure.

There’s carefully worded religious doctrine about the role of orgasm in procreation. Joni’s not buying it. Not completely anyway. Her desire for children doesn’t come from between her legs. It comes from her heart. She believes it’s possible God wanted to give His children a gift so grand, that He created the most intense bodily sensation.

Joni hasn’t brought up the topic of orgasms in her Bible study group. She hasn’t had a sit-down with her Pastor to talk about it either. Yet having frank talk about orgasm is one of the things she dearly wants to do. Joni’s thinking about asking the clerk at the cosmetic counter if she has a few minutes to ponder the other “O” word. Just kidding. What she will do is share this article with her friends, attached with a note – “What do you think?”