Remember when ram meant just a male sheep
And bugs and worms were just things that creep?
When a gopher and a mouse were li’l critters
And virus were microbes that gave one the shivers?

When a web was a sticky net that housed a spider
And nets were just strings all woven together?
When surfing was just riding an ocean wave
And a slip was dodging trouble with a close shave?

When a mime was a painted-face animated mute clown
And hackers were people who slashed things down?
When menus and servers were all about eating
And addresses and homes were places for living?

When Archie and Veronica were actually people
And trolls were pests that were considered mythical?
When mud was just slime and Spam was just food
And to ‘finger’ someone was not considered good?

When to chat and to talk still needed a voice…?
Now being online has all but mooted that choice. 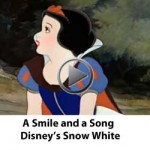