Mr. Jones goes to confession and says to his priest, “Bless me father, for I have sinned. It’s been four weeks since my last confession, and I have committed the sin of adultery.”

The priest tries again, “It was probably Mrs. Johnson.”
Jones admonishes the Priest and says, “Now Father, you know it’s not right to gossip.”

The priest gives one last try to get the name of the fallen woman, “I know, it was Mrs. O’Hare, wasn’t it?”
Mr. Jones firmly tells the Priest, “I won’t reveal who it was.”

As he is walking home, Mr. Jones bumps into his buddy Mr. Smith, who says, “I saw you leaving the Church at confession time, how was it?”

Mr. Jones replied, “Yes, I’ve just been to confession, and I feel better now. I got three Hail Marys and three good leads!” 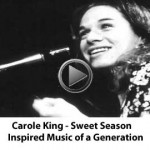