Who Said “Going Global” Was Easy?

In a brush with embarrassment, Colgate sold a toothpaste called Cue in France.  Cue just happened to be the name of a French pornographic magazine.

Coors’ “Turn It Loose” slogan didn’t go over so well in Spain, where it was read as “Suffer from diarrhea.”

In Italy, a campaign for Schweppes Tonic Water translated the name into “Schweppes Toilet Water.”

Here’s one for the tissue maker to cry about:  “Puffs” is an expression for “whorehouses” in Germany.

AT&T had to scrap its Whitney Houston-led “true voice” campaign in the former Soviet Union because “your true voice” translated loosely to “the voice of Pravda,” the Communist Party newspaper.  That’s a big nyet-nyet, comrades.

Coca-Cola initially rolled out its drink in China with thousands of signs saying “Ke-kou-ke-la,” which meant “bite the wax tadpole” in one Chinese dialect and “female horse stuffed with wax” in another.

Kentucky Fried Chicken’s slogan “finger-lickin’ good” came out as “eat your fingers off” in Mandarin.

Pepsi’s slogan, “Come alive with the Pepsi Generation,” was translated as “Pepsi will bring your ancestors back from the dead.” in Taiwan.

Parker Pen advertised its ballpoint pen in Latin America by pointing to its reliability.  But the company misunderstood the meaning of the word “embarazar,” thinking it meant “embarrass.”  Instead, its ads came out this way:  “It won’t leak in your pocket and make you pregnant.”

Frank Perdue once said, “It takes a tough man to make a tender chicken.”  But the company’s Mexican ad campaign inadvertently put too much emphasis on tenderness.  Billboards featured Perdue and a feathered friend and the following caption:  “It takes a hard man to make a chicken aroused.”

When Gerber started selling baby food in Africa, it used the same packaging as in the U.S., with the cute baby on the label. Later, Gerber learned that since many Africans can’t read English, companies there routinely put pictures on the label of what’s inside. 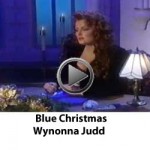