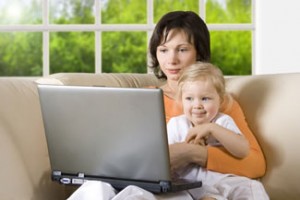 I don’t have a bountiful womb. Or maybe I do. The point is I’m not hell bent on finding out.

I’ve wanted to write since I was twelve-years-old. It’s never been a choice of whether I wanted to or not. I have to write just like I have to wear a bra with extra padding or pretend I’m not checking myself out in the full-length mirror at the mall when I totally am. Breathing, eating, taking a peaceful bathroom break, one in which my toddler doesn’t insist on blowing bye-bye kisses to “mommy’s poo poo,” don’t even begin to compare to the feeling of building sky high cities and breaking them down one key stroke at a time.

But children have a way of freezing your fingers and keeping the page painfully, shamefully blank.

This is the thing: I love my daughter. I love her more than writing. And I’m not ashamed to say at one point, in the beginning, middle, maybe even the end of my pregnancy, I was a little bit worried that I’d still love writing more than her. I know that’s ludicrous for most mothers to read (and if your eyes are bleeding, here’s a tissue) but there are a lot us out there, women born with passion, maybe even a smidgen of talent who want to drink from that cup until it’s dry. I’m one of those women.

My husband and I have decided we only want one child. This is a plan we’ve put in place for a number of reasons, the main one being that my attention can only be split in so many directions and if I want to really concentrate and focus on my ambitions then I need to know my limits. One gorgeous, healthy, incredibly destructive yet cute as a button little girl? She’s my limit.

And I know now. God is calling me. 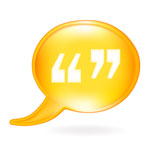