The family history of the famous artist Vincent Van Gogh has been recently discovered in a European monastery. There is now a record of his many relatives. Among them were:

His dizzy aunt . . . . Verti Gogh
The brother who ate prunes . . . . Gotta Gogh
The brother who worked at a convenience store . . . Stopn Gogh
The grandfather from Yugoslavia . . . U Gogh
The cousin from Illinois . . . Chica Gogh
His magician uncle . . . Wherediddy Gogh
His Spanish cousin . . . Amee Gogh
The Spanish cousin’s American half brother . . .Grin Gogh
The ballroom dancing aunt . . . Tan Gogh
A sister who loved disco . . . Go Gogh
The nephew who drove a stage coach . . . Wellsfar Gogh
His arrogant uncle . . . E Gogh
An aunt who taught positive thinking . . . Wayto Gogh
The little bouncy nephew . . . Poe Gogh
And his niece who travels the country in a van . . .Winnie BayGogh 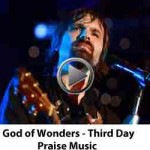