Pray for the Persecuted Church

After five letters to China’s president ignored, church leader pleads for his flock 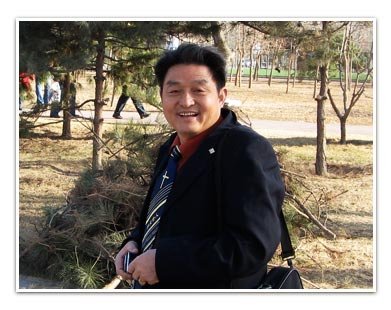 EDITOR’S NOTE: In China today, the only churches permitted are those with government-paid pastors who deliver government-approved sermons. Children under 18 are barred. So, the vast majority of Chinese Christians meet illegally in “house churches.” Their membership numbers are rumored to be approaching those of the Chinese Communist Party. So, leaders are becoming more and more bold. However, the government has launched a crackdown — with many leaders under house arrest, church members fired from their jobs and evicted from their homes. Stories of torture and beatings by police are common. A prominent attorney disappeared last April after representing Christians against the government.

This is a letter from Pastor Zhang Mingxuan, the president of Chinese Christian House Church Alliance. He notes that he has written five times earlier only to be ignored. The letter was translated by the China Aid Association.

It is written to China’s president.

In the name of the son of God and as a Christian pastor, I hereby give my greetings to you and wish you good health!

As the highest-ranking leader of China, you have brought progress to a backward Chinese nation. In the past 30 years, thanks to the reform and openness, we the Chinese have made great achievements in our economic, political life, science and religion. These are the fruits of the policy of reform and openness. These are the pride of our Chinese nation and part of the credit should go to you for your hard work. In the name of son of God, I, Pastor Zhang Mingxuan, hereby give my greetings to you.

I have written five open letters to you before this one, but I have not received any replies from you so far. Maybe you have not seen them or your subordinates simply forced them out. Now, the true features of a handful of government bandits, swindlers and corrupted officials working under you have been exposed to the world with no place to hide their shameful deeds. While deceiving their superiors, they suppress the ordinary and honest people.

These corrupt officials seek their own interests with their power.

They violate the laws and disciplines and defy the laws of land use. They also treat the very life of the ordinary people boldly even though the people’s complaints are heard everywhere. The government officials and the bandits collude hand in hand and commit every possible evil crime. They expropriate lands at their will and forcibly demolish houses.

They persecute human rights defenders and petitioners, who are attacked and are even sent to labor camps while religious believers are similarly attacked, suppressed, arrested and chased away.

Starting from April 10 of this year, Beijing Shouwang Church began to suffer persecution so much that people of the world now understand there is no real religious freedom in China. Another example is the case of Chen Guangcheng, the blind man who has been persecuted because he speaks out and tells people the truth. Shi Enhao, a loyal Christian pastor, is persecuted and intimidated by Su Dayong, leader of the DSPS (Domestic Security Protection Squad) of Suqian Municipal Public Security Bureau in Jiangsu province, through bandit-style and thug-style methods.

They were detained for over 50 days this innocent pastor from Chinese Christian House Church Alliance on the charges of illegal assembly and sabotaging the implementation of law by utilizing superstition. They robbed him of property from his house without going through the legal procedure.

The Suqian church pastored by Pastor Shi Enhao abides by the law and observes the disciplines. It also abides by the teachings of the Lord Jesus and has played a positive role in maintaining social harmony and stability. This church also teaches its members to love other people as themselves. They pray for Chinese leaders and donate to the disaster-stricken areas in Sichuan and take care of orphans and widows. After their father was arrested, Shi’s son and daughter found Lawyer Zhang Kai from Yijia Law Firm in Beijing and the lawyer went to Suqian Public Security Bureau.

However, Su Dayong, the leader of the squad didn’t even allow the attorney to see his client, claiming the case involves state secrets. Isn’t this a joke of the century that a peasant Christian knows classified state secrets? When a true Christian pastor was convicted through planted evidence of sabotaging the implementation of the law by utilizing superstition and illegal assembly, isn’t that also the lie of the century and a laughing stock?

Su Dayong, Cong Yong, Hu Chunsheng, Sun Fei and other corrupt officials from the Public Security Bureau were like bandits when they robbed Pastor Shi of his property from his home without going through the legally required procedure. So far, we still don’t know what has happened to the church’s properties, musical instruments and donated funds that they robbed us of. In arresting, beating and robbing people, they have violated the law and undermined the dignity of the state law.

Indeed, they are the scum in the Public Security system who violate the law while they are supposed to enforce it.

They accuse the Christian pastor of sabotaging the implementation of the law by utilizing superstition. Isn’t that calling black white and white black? Isn’t that a defiance of the state law?

The lawyer and the family of Pastor Shi appealed to Suqian Municipal Procuratorate, the National People’s Congress, the government, the Discipline Inspection Office, Jiangsu Provincial People’s Congress, Jiangsu Provincial Government, Jiangsu Provincial Procuratorate and the Department of Public Security. Yet, instead of getting any replies from these agencies, they saw Pastor Shi Enhao was sentenced to two years in labor camp. The authorities asked his son Shi Yongyang to sign on the document, but they did not give his family any documents on the labor camp. Suqian Public Security Bureau defies the legal procedure and the dignity of the law and handles religion in the administrative mode derived from the 1950s. They persecute law-abiding Christians and undermine the social harmony and stability as advocated by you.

You advocate rule of law in China, and try to make China develop in harmony and promote ongoing improvement of the rule of law and regulations of the Central Government. However, these corrupt officials and the law enforcement officers working under you use the power endowed by the Party and the country to persecute the ordinary citizens. They violate the law while they are supposed to enforce it. They harm the relationship between cadres and the people and bring great harm to the people throughout China. The result is that rule of law is only for punishing kind-hearted people.

Yet, they told people a lie that Pastor Zhang beat people and detained him for five days and seized over 800 yuan of cash from him and his cell phone. Now, they still haven’t returned these items to Zhang Tieling. Pastor Zhang refused to sign on the statement of detention.

Now, Pastor Zhang cannot go back to his house and have to wander around outside. This is the so-called harmony of today! That handful of government bandits and thugs at the grassroots level defy the dignity of the law and they are free to persecute the ordinary people in any way they like and call black white and white black.

This is the so-called religious freedom and harmony of China. Your position is too high up there for you to know these details. In fact, they have turned you into a figurehead by overriding your power.

As a Christian pastor, I have dedicated myself to the Lord for the past 26 years. With the grace of the Lord Jesus Christ, I have been again and again rescued from the harm of corrupt officials. In the past 26 years, I have been arrested, beaten and placed under house arrest for 42 times just because I speak the truth and spread the Gospel as a good citizen who believes in Jesus should do. I’m grateful to God and also to the government.

This state of ours badly needs justice and fairness. However, what I cannot make sense of is that as a Christian pastor, I have always followed the words of the Lord Jesus and support governments of China at all levels and teach my Christians to abide by the law and observe disciplines. Yet, what I have got in return for all these is my rights as a citizen of China are often deprived.

I have applied for a passport on many occasions, and each time they refused to process the passport for me and restricted my freedom of entering and exiting China as a citizen. In my life, I have never violated the law or disrupted the discipline.

They violate my citizen’s rights to travel just because I am a pastor of a Christian church.

Is this the harmony and justice you hope to see?

I know I am offending your dignity, but I am doing so without thinking of my personal safety. Even if you misunderstand me or even kill me or imprison me, I still have to tell you the truth in this letter. As long as our country can stay stable on a long-term basis, and the corrupt officials and the thugs can be removed, the ordinary people can once again see the clear sky.

And as long as Christians can freely worship God, I wouldn’t mind dying for this cause. This is because the history of the past two thousand years has proven that Jesus Christ is a true and living God! So many Christians have been imprisoned, detained and fined for the sake of their belief in the Lord. The result of this?

The authorities have not only failed to extinguish fire of the Gospel, but the churches have prospered in persecution. As far as China is concerned, in the past 60-some years, the more the authorities arrested, beat and persecuted the people, the more the churches have prospered. Nowadays, tens of thousands house church believers from 56 nationalities are praying for you and for China for the blessings on the Chinese people.

Your term will soon be due. However, in the last year of your administration, you can still make contributions to the Chinese people so that the harmonious society, democracy and freedom, human rights and religious freedom as advocated by you can come true.

In the 21st century, I hope China can become a Christian nation and a civilized powerful country.

I implore the Lord Jesus to give His blessings to China.