Thirty years ago, it was seemingly everywhere; the earnest, feathery voice of a soft-spoken Texas balladeer – Christopher Cross. The charts back then featured a galaxy of stars and soon-to-be-legends; Blondie, Queen, Elton John, Michael Jackson and Paul McCartney. But Cross’s thoughtful, simple, self-titled debut made its mark – big time.

In 1981, he took home five Grammys. Since then, there’s also been an Oscar, a Golden Globe, not to mention about nine million worldwide album sales.

Christopher Cross practically invented the “Adult Contemporary” genre on the strength of songs including “Sailing”, “Ride Like The Wind” (with Michael McDonald), and “Arthur’s Theme (Best That You Can Do”).

Though Cross hasn’t released a new studio album in 12 years, it’s not like he hasn’t been busy. He tours all over the world, records, guests on the records of others and more.

And Cross has just unveiled a new collection of songs that harken back to some of his most memorable work.

“Doctor Faith” shimmers with the same rich melodic atmosphere that was the essence of his first, self-titled LP.

Reflective, personal and sometimes introspective, Cross (who co-wrote the album with Rob Meurer) is in fine form throughout the 13 tracks.

On “I’m Too Old For This” he laments some of the cultural and political changes our country is currently in the midst of, and his frustration is obvious.

But on tracks like “When You Come Home”, “November”, and “Dreamers”, Cross’s delicate emotional embrace puts him squarely back where so many million love him; plaintively expressing simple thoughts of love, and posing graceful metaphors mixed with honest questions about life.

In true Christopher Cross fashion, certain songs contain subtle anthemic qualities that might evoke a first-dance wedding song, or even a prom. But that only adds to the “rediscovering-a-long-ago friend” quality of the music. One forgets how the musical voices of our younger days remain wafting in our consciousness, whether we know it or not, and how pleasing it is to reconnect.

Cross’s point of view on the album, like many of his original fans are experiencing themselves, is older and wiser. Everyone has grown up. But he manages to blend the wisdom of age with a winsome delivery that’s youthful and cautiously hopeful.

Recalling the early-1970s singer/songwriter era of Laura Nyro, Carole King, Jackson Browne and Joni Mitchell (to whom Cross dedicates the set), “Doctor Faith” reveals a mature artist in full control of his greatest gifts; an ear for airy, cozy, familiar melodies and lyrics with a poignant, everyman touch.

There are some nice cameos (including Michael McDonald on the title track and guitarist Eric Johnson on the exquisite “Hey Kid”) but Cross himself carries the day on “Doctor Faith”.

From end to end, “Doctor Faith” is a sincere, lush kaleidoscope of simple elegance; a serious statement from an artist who is anxious to catch up once again with his audience to talk about life – an audience that likely will appreciate the heartfelt effort.

Listen to samples and purchase here.

Fans who want to see Christopher performing his hits live can visit his website www.christophercross.com for concert dates. 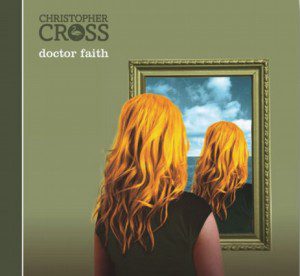 Thank you for visiting Pop Culture Road Trip. This blog is no longer being updated. Please enjoy the archives. Here is another blog you may also enjoy: Idol Chatter Happy Reading!!!

Let the music move you...

I wanted to let you know that I’ve started a new blog here at beliefnet.net – The Rock and Roll Road Trip – which is where you can now follow me. Thanks for continuing the ride….

Back from the Arctic...

Charlie and I made it back from the Actic and it was more spectacular than we imagined it would be. I’ve already written an article about it…   “Maybe it was the deep isolation in a blue and white ice world; maybe it was the spectacular nature or a combination of both. Whatever it was, […]

Something special – recently I sat down at the home of Phil Collen from Def Leppard – he shared some of the new live album that’s coming out this week, “Mirrorball” – which includes three new studio tracks as well. More to follow once the album is released, but here’s a glimpse of our visit… […]