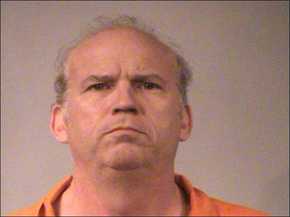 That Scott Roeder is mentally unstable, a devotee of right-wing, anti-government extremism, and a fierce opponent of abortion seem to be a few of the hard facts  we have on him.

But the suspect in the killing of Kansas abortion doctor George Tiller is also being portrayed as a religious wingnut, apparently of a Christian variety. But which variety, exactly?

There are only a few hints, and it doesn’t seem that journalists are asking the question directly, or if they have, it hasn’t made the final copy.

Here’s what I can find:

–A profile in today’s Wichita Eagle quote ex-wife Lindsey Roeder as saying that when Scott Roeder (latest mug from the Wichita Eagle’s arraignment story today) turned to extremism and religion a decade ago he became “adamant about his Old Testament beliefs and observed the Sabbath from Friday night through Saturday. Nothing could get in the way of that. Not soccer games when his son was younger. Nothing.”

But she noted that last Friday night was different, and he took his 22-year-old son to see “Star Trek.” (I went on Saturday, but the film didn’t make me do anything crazy. Yet.) “In hindsight, my son said, ‘He was saying goodbye to me.’ “

–She also gave the AP a keeper of a quote: “That’s all he cared about is anti-abortion, ‘the church this, God is this,’ yada yada.”

–A Time magazine story today also notes that Roeder’s car had was “decorated with a red rose — an antiabortion emblem — and a Jesus fish.” Not much there.

–A Monday New York Times story quotes Roeder’s ex-wife as saying Roeder was looking for a “scapegoat” to blame for his troubles. “First it was taxes — he stopped paying. Then he turned to the church and got involved in anti-abortion,” she said.

Perilous to speculate of course but I won’t be surprised if it emerges that Roeder was involved in some kind of Christian Reconstructionist group, or the Christian Identity movement, or influenced by those beliefs. These groups rarely have “churches,” per se, or broader communities which could temper (or inflame, I suppose) extremist views. That’s problem: folks like Roeder keep it bottled up, for the most part, occasionally let off some steam. So friends and family express “shock” when they go off the deep end.

“The militant anti-abortion movement is driven by three different but overlapping theologies that motivate violence: Christian Reconstructionism, Christian Identity and apocalyptic Catholicism. To understand this movement’s increased militancy and its goal of instituting a theocracy — a goal that by definition means ending democracy — it is necessary to examine these three ideological strands.” <!–
3
1
1
–>