Bishop Williamson: From the Whale’s Mouth 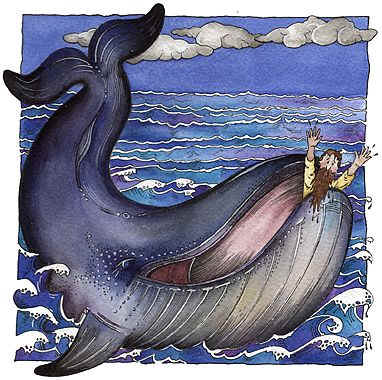 Bishop Richard Williamson, one of the four newly-rehabbed Rad-Trad bishops at the heart of the furor over their anti-Semitic, Holocaust-denying views and Pope Benedict’s outreach to them, has apologized–sort of.
Williamson has written to Cardinal Castrillón Hoyos, Benedict’s point man for dialogue with the SSPX schismatics, (Rorate Caeli has the letter) saying he’s sorry that his remarks saying there was really no Holocaust, no Nazi extermination policy toward Jews (not to mention his 9/11 theories). But he’s also not taking them back, just saying they were “imprudent” and “all that matters is the Truth Incarnate”–which he seems to possess. Oh, and he compares himself to Jonah:

So I have only one comment, from the prophet Jonas, I, 12:
“Take me up and throw me into the sea; then the sea will quiet down for you; for I know it is because of me that this great tempest has come upon you.”