Benedict XVI explains his SSPX strategy–such as it is

The post below focused on accounts of Benedict XVI’s statements vis-a-vis Judaism and the SSPX rehabilitation effort which has ocassioned such controversy and pain. But the CNS story that just moved focuses on his remarks at the general audience on his thinking in lifting the excommunications:

VATICAN CITY (CNS) — Pope Benedict XVI said he lifted the excommunication of four traditionalist bishops in the hope that they would take further steps toward unity, including the recognition of the authority of the pope and of the Second Vatican Council.

The pope, speaking at his general audience Jan. 28, said he was motivated by a desire for church unity when he removed the excommunication of Bishop Bernard Fellay, head of the Society of St. Pius X, and three other bishops of the breakaway society.
“I undertook this act of paternal mercy because these prelates had repeatedly manifested to me their deep pain at the situation in which they had come to find themselves,” the pope said.
“I hope my gesture is followed by the hoped-for commitment on their part to take the further steps necessary to realize full communion with the church, thus witnessing true fidelity, and true recognition of the magisterium and the authority of the pope and of the Second Vatican Council,” he said.
The pope said he considered the restoration of full unity in the church as one of his primary pastoral tasks, one he had emphasized at the inaugural Mass of his pontificate in 2005. This task of maintaining unity, he said, is symbolized by the Gospel account of the miraculous catch of fishes, when the net did not break despite the heavy catch.

Always good to have it from the horse’s mouth. (Full text not available yet, unfortunately.) But it still begs the question: Why so much for this group? 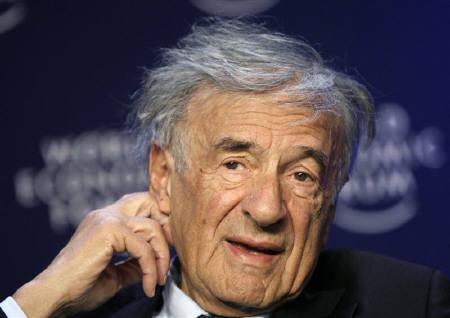 Elie Wiesel: "The Vatican did it intentionally."
archives most recent
More from Beliefnet and our partners
previous posts