This time an Italian priest with the inimitable name of “Abrahamowicz.” (As they say in the newspaper biz, you can’t make this stuff up–hard as we might try.)
Indeed, Fr. Floriano Abrahamowicz, a pastor and spokesperson for the Society of St. Pius X in northeastern Italy, has said he has Jewish roots on his father’s side (“some of my best relations are Jews”) so he can’t be anti-Semitic. But he has referred to Jews as “a people of deicide”–basically saying they killed Christ–and, as John Allen writes, “suggested that the Jewish Holocaust has been ‘exalted’ over what he called ‘other genocides,’ such as the Allied bombing of German cities and the Israeli occupation of the Gaza strip.”

Nice. But the Trad movement is rife with this stuff, as noted earlier. There’s no need to play “gotcha!” to prove the point, but that seems to be what it will take for folks to get the point–and the problem…
Read the full story from NCR here…
read next post 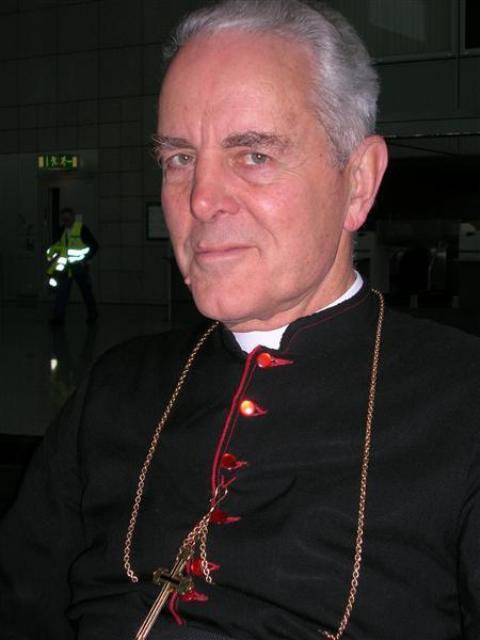 Bishop Williamson: We win!
archives most recent
More from Beliefnet and our partners
previous posts