Weight Loss Wisdom: 5 Reasons Why Your Weight is Still a Problem 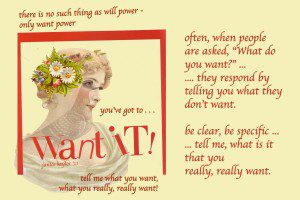 You may say that you want to tackle ‘the’ problem, solve it, handle it and move on, but If you have been working on the same problem for more than, let’s say, a decade (is that enough time to tackle it?), then maybe you are doing one or more of these 5 things to ensure that your problem stays with you!

“Most men would rather deny a hard truth than face it.” ~ George R.R. Martin

If you are faced with a situation or event that is too uncomfortable or upsetting to accept, just plain deny it.You can either deny it in its entirety.  “What problem? There’s no problem here.”

You can admit that the problem exists, but say with conviction, “It’s not as bad as it looks.”

A day can really slip by when you’re deliberately avoiding what you’re supposed to do.” ~ Bill Watterson

You can avoid your problem by steering clear of it, dodging it or sidestepping it, but know this:  the inevitable showdown is lurking in the dark shadows of your sidesteps.  The energy that you are using to avoid the problem is more than likely far greater than the energy needed to simply handle it.

“Resistance creates suffering.  Stress happens when your mind resists what is….The only problem in your life is your mind’s resistance to life as it unfolds. ”~ Dan Millman

Fight it down, push it back; simply put, do not feel the unpleasant emotions that accompany your problem.  You can attempt to wrestle your feelings out of existence.  A fruitless endeavor, by the way.  At some point, the emotions will rise and bite you in the tush!

“The search for a scapegoat is the easiest of all hunting expeditions.” ~ Dwight D. Eisenhower

For goodness sake, the problem isn’t your fault, is it?  Pass it on; blame someone else or blame the circumstances. You’ve not been short on excuses in the past, have you?  Go for it!

Join me as I throw my arms up in the air and say, “Oh well.”  If the problem is too big for you to handle, just admit defeat.  If the role of victim suits you, wear it!

Chew on the above and then join the conversation on Facebook/Kick in the Tush Club.

Spread the word–NOT the icing!

Kick in the Tush Tuesday: how to ... Live in Hope, Not Fear
archives most recent
More from Beliefnet and our partners
previous posts