Recently, the Huffington Post ran an article on the 18 texts every Jew should read. While it was a fascinating article and filled with wonderful texts, it had a few flaws that should not be overlooked. Most of the authors were men. Almost all of the books are religious in nature. Few of the books mention what it is like to be a Jew of a different flavor – African American, atheist, or LGBT, for example. So… here it is, a reading list for the rest of us.

Yentl’s Revenge: The Next Wave of Jewish Feminism – Danya Ruttenberg and Susannah Heschel

The 20 authors who wrote for Yentl’s Revenge bring an enormous range of voices to the table. The book covers a wide array of topics (such as Jewish identity, witchcraft, transgender issues, and finding a good Jewish boy) with passion, warmth, and deep insight. Curl up with this book and explore Jewish punk, Jewish body image, circumcision, faith… there is an essay in here for any occasion or interest. Whether you agree with the authors or not, this book will make you think … which should be the point of feminism, after all.

Everything Is God: The Radical Path of Nondual Judaism – Jay Michaelson

Mainstream, traditional views of God often posit a separation between Divinity and man. God is a separate entity, far apart from the world as we know it. Michaelson’s book follows in the footsteps of Kabbalists and Hasidim in challenging this view. Instead, Michaelson’s book shows us a God who is present in all of us. Indeed, everything and everyone is a manifestation of the Divine. Pulling on sources from Judaism, Buddhism, Hinduism, and a host of other traditions, Everything is God not only explores nondual Judaism but shows how it is lived in practice.

Every year we read the first 5 books. It’s a cycle that is near and dear to the hearts of a lot of Jews. One of the points of this reading is to see the passages in new and different ways. Torah Queeries will help you to do just that. Though the commentaries found in its pages are written from a decidedly LGBTQ bent, this book is one that everyone should own. It will open up the Torah readings for every reader, no matter who that reader might be.

Balancing on the Mechitza: Transgender in Jewish Community – Noach Dzmura

There’s really not enough good I can say about this book. Dzmura has brought together voices from across the Jewish spectrum to shed light on the realities of being a gender-nonconforming Jew. This book can, and should, change the face of Judaism – it is not only a treat for gender-nonconforming Jews who are searching for voices that mirror their own, but also an excellent resource for all Jews who are struggling to be open, supportive, and understanding in a deep and honest way. This bok is a joy.

While not quite (at least on the surface) as radical as Yentl’s Revenge, New Jewish Feminism is a fascinating exploration of what it means to be a Jewish woman today, how Jewish issues have been affected by feminism and Jewish women, and what the next steps are for Jewish women as feminist Judaism moves forward.

The Color of Water – James McBride

I know – it’s not strictly a Jewish book. I still believe it belongs on the list. McBride’s mother, a Polish Orthodox Jew (and convert to Christianity) is the focus of this moving tribute, which looks at issues of mixed-race marriage and religion through very personal lenses. This is a book filled with love and care for McBride’s mother, while still pushing people to think about issues of race, religion, and identity as they all converge in one messy mixed space.

Black, Jewish, and Interracial : It’s Not the Color of Your Skin, but the Race of Your Kin and Other Myths of Identity – Katya Gibel Azoulay

Azoulay, the child of a Jewish mother and a Jamaican father, takes on issues of identity and personhood in this book which explores her own experiences as a child. This book blends not only historical and theoretical perspectives on issues of identity, but also carries the reader through the deeply personal issues about ientity that the author had to negotiate as an interracial child. Don’t be fooled though – this is no light memoir. Azoulay’s book is deeply embedded in philosophy and politics as she explores both Black and Jewish experiences in America.

Jews without Judaism: Conversations with an Unconventional Rabbi – Daniel Friedman

Friedman begins this book with the contention that “it may fairly be said that religion plays virtually no part in the lives of most American Jews”. This book, written by a longtime rabbi, then begins to explore this idea, through as series of fictional conversations (many of them made up from pieces of real conversations). Friedman explores what Judaism is without God, how to deal with morality without God, and what constitutes Jewish identity. This is an important book that deals with important issues – for both religious and non-religious Jews alike.

Seid explores, in God-Optional Judaism, ways in which non-theistic Jews can connect with their culture, heritage, liturgies, and music in authentic but non-theistic ways. She is creative and passionate about he ways in which she interacts with Jewish prayer and ritual, providing suggestions for holiday celebrations, and revealing with care the ways in which Judaism embraces diversity in all forms of celebration. The book is filled with practical suggestions and resources, making it a valuable addition to the libraries of both secular and religious Jews.

In Every Tongue: The Racial and Ethnic Diversity of the Jewish People – Diane Tobin, Gary A. Tobin and Scott Rubin

I have to admit that I haven’t read this one yet. It’s next on my reading list, and so I am taking the description straight from Amazon.com. Check it out. It looks fascinating.

“Jews have always resembled the peoples among whom they live, whether in Africa, Asia, or Europe. Why should American Jews be an exception? In a land where racial and ethnic boundaries are becoming increasingly blurred, the American Jewish community is also shifting. In Every Tongue is both a groundbreaking look at the changing faces of the Jewish people and an examination of the timelessness of those changes. Ranging from distinct communities of African American Jews and adopted children of color in white Jewish families to the growing number of religious seekers of all races who hope to find a home in Judaism, In Every Tongue explores the origins, traditions, challenges, and joys of diverse Jews in America. This book explodes the myth of a single authentic Judaism and shines a bright light on the thousands of ethnically and racially diverse Jews in the United States who live full and rich Jewish lives. It is impossible to read In Every Tongue without coming away with a deeper respect for and a broader understanding of the Jewish people today. In a time when Jewish community leaders decry the shrinking of the Jewish population, In Every Tongue imagines a vibrant and daring future for the Jewish people: becoming who they have always been.”

Choosing a Jewish Life: A Handbook for People Converting to Judaism and for Their Family and Friends – Anita Diamant

Anita Diamant, married to a convert herself, writes in this book a guide for anyone who knows anyone thinking of conversion to Judaism. From choosing a Hebrew name to finding a rabbi, from celebrating the holidays to visiting the mikvah – Choosing a Jewish Life walks converts and their families through all of the issues that they will address during the process. While fundamentally a handbook, Diamant has managed to fill this book with spirituality, faith, humor, and an ability to anticipate the questions that readers might have.

Oh, I love love love this book, which explores the relationships between Jewishness and queerness, between anti-semitism and homophobia, and between queer theory and Jewish identity theory. Certainly one of the more weighty books on this list, it is worth the read as the essays interact with such theorists ad Daniel Boyarin, Judith Butler, and Eve Sedgwick.

Like Bread on the Seder Plate: Jewish Lesbians and the Transformation of Tradition – Rebecca Alpert

Not enough can be said to urge you to read this book. Alpert, one of the first women to be ordained as a rabbi, has created a space for lesbians to feel welcome and accepted in Jewish life and tradition. A blend of personal reflection and scholarly insight gives this book accessability and authority, and makes it an invaluable resource for anyone interested in lesbian issues, queer theory, or Jewish life. 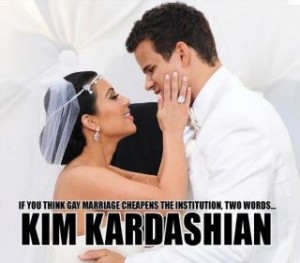 Thank you for visiting On The Doorposts of My House. This blog is no longer being updated. Please enjoy the archives. Here is another blog you may also enjoy: Tattooed Jew Happy Reading!!!

So I’m having this conversation on Facebook with a very dear friend. It started with his news that he no longer counted as a Jew for the purposes of a minyan. For those who don’t know, a minyan is a group of ten Jews who have gathered for the purposes of prayer. Issues surrounding who […]

Dear Mitt Romney, I’ve heard you are having money troubles. After all, if the best thing you can think of to do with 10,000 dollars is make a bet with someone on television, then clearly you aren’t getting creative with ways to invest your money. I thought perhaps you could use a little help thinking […]

One of the strangest parts of my job is the completely transitory nature of the relationships I build. Sure, every bar has it’s regulars. They keep the bar going. But for the most part, people come in and out. You see them once or twice, while they are in town, and then they disappear. Because […]