Delores Williams, wise theologian and teacher, was my colleague when I first came to Union Seminary. She grew up in the South and remembers Sunday mornings when the minister shouted out: “Who is Jesus?” The choir responded in voices loud and strong: “King of kings and Lord Almighty!” Then, little Miss Huff, in a voice so fragile and soft you could hardly hear, would sing her own answer, “Poor little Mary’s boy.” Back and forth they sang – KING OF KINGS…Poor little Mary’s boy. Delores said, “It was the Black church doing theology.” Who is Jesus? “King of Kings” cannot be the answer without seeing “poor little Mary’s boy.”

There is dissonance in the songs.

The images clash. One is big and powerful, the other small and poor. Christ the King Sunday is a dissonant day. Some congregations have changed the name to Reign of Christ Sunday to avoid the male image of “king.” But that doesn’t make much difference if we forget that Jesus is “poor little Mary’s boy.” The ancient creeds got something right when they remembered Mary and Pontius Pilate almost in the same breath. Though “king” is male, the word is important because Jesus turned that word on its head. This king is in handcuffs, standing before Pontius Pilate who has the power to condemn him to death or set him free. This Sunday honors Jesus Christ as King, but soon the religious leaders will shout, “We have no king but the emperor!” There is dissonance on this day and in this text.

What kind of king is Jesus?

Pilate wants to know. He needs to know because “king” is a political term, and Pilate is a political person. In this chapter, he keeps going back and forth between the Praetorium and the crowds outside. He moves from questioning Jesus inside City Hall to appeasing Jesus’ accusers outside. Unfortunately, in John’s gospel those accusers are always called “the Jews” – as though Jesus wasn’t Jewish, as though all the Jews were to blame for killing Jesus.

Years after Jesus’ death and resurrection, animosity toward Jewish people infected John’s gospel with language that accused all Jews of condemning Jesus. There were some Jews who opposed Jesus and some who followed him. There were some who collaborated with the Roman authorities – like Christian bishops appointed by the Nazi regime. Today we must repudiate every claim that Jews were responsible for Jesus’ death. Pilate needed to know: “Are you the king of the Jews?” If so, you’re guilty of treason because the emperor in Rome is the king of everyone everywhere, including the Jews.

To proclaim Jesus as King was a subversive act.

One of my students is an Anglican priest from South Africa. Not long ago he shared a story about what it was like to believe Jesus was King during the days of apartheid. “Our whole congregation was arrested,” he said, “for refusing to obey the government.” I thought I misheard him, but he went on to say that all 240 members of the congregation were arrested and put in jail – from babies to a 90 year old man. “At least babies and mothers were kept together,” he added. The pastor himself was imprisoned for a year. To claim that Jesus is King can be dangerous.

“What is truth?” Pilate asked, and the question is left hanging in the air. Was he being sarcastic or was he searching for answers nobody else had given him? The answer was not a philosophical proof or a creedal proposition. Truth was the person standing in silence before Pilate. We shouldn’t be surprised for John’s gospel began with claims that shocked the philosophers. “In the beginning was the Word,” John began, “and the Word was with God, and the Word was God.” The philosophers nodded their heads and pulled their chairs closer to listen. They knew this Word. It was logos in Greek – as in logic. This was the cosmic, eternal prime-mover, beyond time and space. This was logic they could understand and affirm but they weren’t prepared for the next part: “And the Word became flesh and lived among us…full of grace and truth” (John 1: 14).

No, that couldn’t be! That was jarring – a dissonant sound. Eternal Word clashed with earthly flesh. We hear dissonance in the beginning and now near the end of Jesus’ life. The truth is a person, the Word made flesh. This Word came to live with us – literally, to “pitch his tent” among people of earth.

Five years ago, Minister Steve Brigham founded an encampment for the homeless on a wooded piece of public property in Lakewood, N.J. As Americans continue to struggle to find work, the community has expanded to nearly 70 people.

Where will we see this strange king?

We’ll look in places we never expected, surprised as the philosophers were at the beginning of this gospel. We see Jesus engaging in deep theological conversation with a Samaritan woman who had had five husbands and was living with a man who wasn’t her husband! We see Jesus bending down on the ground to be with a woman accused of adultery. He leans in close to hear her voice when nobody else bothered to listen. We see Jesus putting a towel around his waist and then kneeling on the floor to wash his disciples’ dirty feet.

Jesus is a king who never rose so high that he couldn’t see those who were down low. Even today, we see Jesus in tent cities where people live together after losing their homes to foreclosure. We see Jesus in public housing where people are still waiting for the power to come on after the storm. We see Jesus in shelters where women have sought refuge from abusers.

If we would see Jesus, we will look in places kings seldom go. 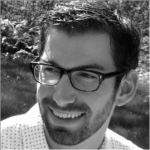 Signs That the End Is Near: Mark 13:1-8
archives most recent
More from Beliefnet and our partners
previous posts