Is It Possible To Govern “Biblically”?

Temptations to hold and wield power are usually tough to pass up. Power is alluring whether we imagine having it over others or on behalf of them, whether it’s power in society, at home, or in a workplace.

“Not to Be Served But to Serve”

In Mark 10:35-45, Jesus is closing in on Jerusalem, the destination where he will be crushed by the ruling authorities. Two of his closest followers, James and John, ask him for special seats of honor and positions of power when Jesus finally arrives “in [his] glory.” Although it’s an indecorous request, the desire prompting it should make sense to us. It might also anger us, just as it does Jesus’ other friends, probably because we and they didn’t think of asking first.

Jesus’ reply exposes the foolishness of James and John’s request, as he issues one of the New Testament’s strongest repudiations of power, at least the kind of power all too often on display in human societies.

Jesus looks at the political authorities in the Roman Empire — all of the recognized rulers, meaning Roman officials and the local figures they commission to hold authority — and sees them eager to “lord it over” others and act as “tyrants.” They use tools of coercion and control to dominate others and secure their own standing.

It is precisely this type of overbearing leadership that Jesus renounces; he holds it up as a stark contrast to illustrate what instead will make him great: service. And this is no romantic idea of service, for in Jesus’ case it refers not just to avoiding coercive behavior himself but to suffering from it. In his case, it results in a death that he says will liberate people from their various oppressions.

These are some of the heaviest sentences in the Gospel according to Mark, and they are important to consider for many aspects of Christian belief. But now, as the USA’s current election season enters its final stages, Jesus’ strong warnings about humanity’s propensity to use power for abusive ends may be what attracts our notice.

For Jesus comes across as hardly hopeful about the human community’s capacity to take care of itself.

The Challenge of Governing “Biblically”

Jesus, his contemporaries, and this Gospel’s earliest readers, could not have expected much of anything else from their rulers. But today is a different day, with different opportunities and different controls.

So what happens when Christians (or anyone else, for that matter) follow what they believe to be a calling into public leadership?

The solution is simple, right? A person could do what Jesus did and view her life as an act of service to others. Then it would be OK for her to occupy positions of power because she could fight the temptation to let “helpful power on behalf of others” turn into “abusive power over others.”

Good luck with that one. And Jesus’ model of self-sacrifice wouldn’t do much to provide for the common defense, I suspect.

Or, perhaps a person could look elsewhere in the Bible to find instruction on how societies should be governed. (He would have to look somewhere other than the New Testament. Although the New Testament offers occasional commentary on good and bad public governance, nowhere does it imagine a day — on this side of eternity — in which Christians might be in positions to exercise authority within a political system.) That political instruction might then be turned into law or, at least, guidelines for how this person will exercise his political power.

Voilà! A theocracy! Good luck making that work, too.

While the modern versions of democracy and tolerant pluralism we enjoy today certainly resonate with — and owe part of their existence to — some biblical teachings, nowhere are our specific cultural realities on the Bible’s radar. It is always a complex and contested road to travel from the Bible to considering the best political structures for sustaining our versions of democracy, justice, and gracious coexistence. Sound bites, timed debates, and blog posts rarely help us appreciate the length of this road. Actually, it’s more accurate to speak of roads, plural; obviously Christians don’t uniformly agree on how biblical ideals should inform how we vote and what policies we support.

And Jesus’ words about the misuse of power continue to reverberate as warnings.

How Should Faith “Inform” Us?

None of this means the Bible is irrelevant to how Christians should govern, assess issues, and choose candidates.

It does mean, however, that we must be careful about too hastily sticking “Christian” and “unchristian” labels to specific policies and platforms.

It also means we must acknowledge our persistent inclination to call God on our side to support or validate our own agendas. We have a tendency use God in our attempts to lord it over others. Even God can be made the victim of our tyrannies.

People of faith who seek to influence the public sphere have a responsibility to be forthright about the specific values they discern from their scriptures, from their faith, and from their religious traditions. The goal, in our pluralistic society, cannot be to impose these specific values on our neighbors. Our politicians have a responsibility to explain, in detail, how their values (religious and otherwise) inform their visions of the kind of society they hope to see.

Consider the words of Rev. Dr. James A. Forbes, Jr., the longtime Senior Minister of New York’s Riverside Church. A person of faith may speak forcefully, prophetically about values while leaving room for various ways in which political solutions might realize those realities.

ON Scripture: Reflecting the Will of God

The Rev. James Forbes, a senior minister emeritus of The Riverside Church, says that pastors need to not only tend to their flocks, they need to be the prophetic voice of a “longing God who wishes that all of my children will be fed, that they will have clothing, that they will have shelter.” In an interview at the Democratic National Convention, he asserted that the clergy has an obligation to such a calling and responsibility. “If we don’t do it, we forfeit the right to call ourselves the prophetic and even pastoral representative of high heaven,” Forbes says.

In last week’s debate between two vice-presidential candidates, Paul Ryan refused to put a division between his “public life” and his “faith” when he said, “Our faith informs us in everything we do.”

If this means that a candidate’s policies and a government official’s actions are all driven by her faith commitments, then that candidate or official had better divulge to voters every page of her personal book of religious values. (For Ryan’s words, taken at face value, might imply that his conscience will reign supreme over concern for the common good, and over the thriving of a civil, pluralistic society. Remember the tyranny Jesus decried?)

Perhaps, away from the stress of the debate, Ryan would choose to rephrase his answer to say that he hopes his faith informs everything about who he is, instead of what he does.

The Bible is neither an operating manual nor a policy book. In all its soaring ideals and unsettling messiness, it reflects to us — sometimes clearly, sometimes dimly — what we might find near to God’s heart. Its power lies more in shaping individual character and communal visions than in prescribing exactly what to do. The values we derive from the Bible become most effective for the common good when we lay them openly for consideration before others, and sometimes when we lay them down for the sake of others. 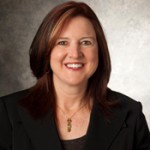 The Wizard Is In: Or Is He?
archives most recent
More from Beliefnet and our partners
previous posts