Every Bible ought to have a warning on its cover.

Eric Barreto, an assistant professor of New Testament at Luther Seminary, expands on the story of King David, Bathsheba, and a man called Nathan who rebukes the king.

Some of the stories found herein will shock your senses. They will test your faith. They will stretch you. They can hurt you and hurt others. Therefore, handle these texts with care and caution.

I worry that many people of faith might not heed this warning. Too many of us look past the troubling stories we find in the Bible and don’t account for the damage that misguided or merely bad interpretations of these difficult texts can have. Too many of us ignore these texts or simply mark them as antiquated tales having little to do with us, forgetting that even tragedies can teach us about God and the paths of faith to which God calls us.

Worst of all, many of us sanitize these texts, disinfecting the wounds they leave behind, honing their sharp edges. In this way, we besmirch the memory and struggles of our forebears in the faith. When we “fix” their stories, we silence their struggles and muffle their cries.

The story of David and Bathsheba is one such story we have often sought to “fix.”

We subtly excuse David’s behavior on his rooftop when we imagine him accidentally catching sight of Bathsheba instead of seeing him like a peeping tom. We subtly blame Bathsheba for exposing herself to the world, neglecting to consider that she was not an exhibitionist but someone bathing in a privacy punctured only by David’s actions.

Like David, we forget to count the costs of his sin, but Nathan’s confrontation of David requires that we consider carefully this powerful but troubling tale, a story that reflects in particular on the sins of the powerful and the wake of grief they leave in their wake.

Last week, Melissa Browning drew together the stories of Bathsheba and of women today whose bodies become objects for powerful men. As the lectionary text closed last week, we might have imagined that David would simply get away with the conspiratorial execution of a faithful soldier so that he might possess a woman he desired. Uriah is dead, and Bathsheba can only lament in a political system that disempowers her and in a story that seemingly only gives her space to grieve (2 Samuel 11:26). Before we dismiss this situation as a relic of long-deserted past, we would do well to remember that such dire situations are sadly far too common today.

The prophet Nathan has seen the great damage David has done. Perhaps the great king imagined that his crimes would go unnoticed — but just like today, such scandals do not remain a secret for long. I imagine that the close temporal alignment of Uriah’s death and David’s acquisition of a new wife raised more than a few eyebrows. But who would confront the king with his crimes? Who would have the temerity to accuse the king of fatal acquisitiveness?

Confronting the powerful requires courage. Good strategy is helpful too. So, Nathan shares with David a parable of sorts. What if a rich man with more lambs than he could count takes the one treasured lamb of a poor man to feed a guest? Notice how Nathan particularly spends a great deal of time on the great care this poor man takes of his one lamb (2 Samuel 12:3). The rich man has everything he could ever want but takes what very little the poor man has.

David reacts to this report with anger, failing to recognize his very public hypocrisy. He concludes that such a criminal is worthy of death and should reimburse the poor man four times over. He thus falls into the trap of his own condemnation. Nathan excoriates the powerful king saying, “You are the man!”

But he was wrong, grievously wrong, not because he didn’t expect Nathan’s confrontation but because he was blind to the damage he had already done. No sin is ever merely personal. No sin is truly only an offense against God. Our sin always impinges upon the lives of others. That is the very essence of sin and precisely what makes forgiveness so difficult to experience.

This story is not about sex or adultery, really. It’s not really about lust or desire either. At its core, the story is about the pernicious draw of power, the unrestrained greed that accompanies acclimation, the will of the powerful to take and consume what belongs to the poorest among us.

When the powerful sin, they leave a wake of destruction. Families are rend apart. Relationships are irreparably damaged. The innocent are harmed.

The story of David is tragically still too common today. Too often, the crimes of the powerful are the subject of cover-ups, spin, and excuses, not justice.

You see, here’s the problem.

How will we react when Nathan points an accusatory finger at us? When the prophet declares that our lifestyles, our comfort come at a great price and that this price is paid by the poor and the broken of the world? When Nathan tells us a tale about a rich ruler with much wealth who was willing to take what little the poor peasant had, will we realize that I am the man, I am the woman who has committed such ghastly sins against my neighbor?

There is no easy way to answer these questions. Instead, like David, we turn to tears, sorrow, and repentance. But our grief is not the end. We also hope that with the help of God and bold prophets like Nathan, such injustice might be exposed and brought to an end once and for all. We hope against hope and yearn for a new day, not out of naiveté or blind faith, but because we hope that Nathan and the God for whom he spoke will always be in our midst. 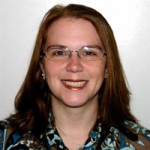 The Story of Patriarchy and HIV and AIDS: 2 Samuel 11:1-15
archives most recent
More from Beliefnet and our partners
previous posts