Lip Service – But Where Is the Heart?

Human beings want religion not God. Or, to put it slightly differently (and perhaps in a more nuanced manner!), they all too easily equate religion with a very particular, culturally determined, idea of God. They name their religion – their rites, their laws, their stories – divine or Bible-based. They find mystical origins for their laws turning those laws into unquestionable truths.

Watch the Video: What Contaminates a Life?

Efrain Agosto, a Professor at New York Theological Seminary, discusses the Biblical text Mark 7:1-8, 14-15 and 21-23, featured in the ON Scripture: The Bible article, “Lip Service – But Where Is the Heart?”.

However, what really happens is a domestication of God. God is made into what “we” want God to be, usually just a better more perfect version of ourselves. The result? God is certainly honored. God is part of the landscape and discourse. Yet, God is honored only with the lips but far from the heart. God is abandoned and replaced with culturally constructed versions! And human traditions (precisely a culture’s prejudices) are divinized.

Of course, everyone and every group needs some structure to regulate its life. This is why we have laws in the first place! But “law” can take on many forms. Rituals, for example, help frame life from our youngest childhood onwards. A nation needs its rituals as well, its stories that identify and set it apart (stories that get repeated unceasingly in heightened electoral periods!). But when the structures we create are identified with God, when the insights and traditions that formed a nation are uncritically mythologized, even distorted, God is fossilized, engraved in stone and finally even used as a weapon of judgment. God then is actually far from that structure, from those stories, from that tradition. For God cannot be fit into any one structure. God cannot be reduced to any one nation or class.

This weekend, we are caught between two national conventions, determining and setting the political agenda and rhetoric for the next few months (and maybe years). God will be invoked by both sides (whether God likes it or not!). Lip service is quick and easy but also very dangerous. American political rhetoric takes God and turns God into a national religion: God becomes the explanation rather than the question. “God” is cited as the source of our rights yet these rights are very culturally defined – the right, for example, to carry guns (who else in the world considers this an inalienable right?!) but not to have health care. Anyone who opposes this invocation of God is labeled an unbeliever or, perhaps even worse, as opposed to the God of America (see the recent article by Norman Lear, “Paul Ryan: God Says That I Can Carry a Gun?”).

I’m reminded of a text by Russian Orthodox theologian Paul Evdokimov in which he boldly states (long before Rob Bell) that hell is not part of God’s creation but rather the invention of so-called “good” people. The “good” people need a place to put all those who are not like themselves (the poor, the unsuccessful, gays, single mothers, etc.) – all those who don’t follow the “laws” as the majority defines them! The possibility of judging, condemning others makes the so-called “good” people more self-assured and confident in their own salvation. God is forgotten and only national, patriotic, “American” traditions remain.

How quickly these “good people” can condemn God! The traditions themselves are not bad but it is what human beings make of them. “For it is from within, from the human heart, that evil intentions come…” Jesus teaches his disciples.

Is religion banished? Certainly not! The book of James speaks explicitly on this subject: Religion that is pure and undefiled, religion that knows the disruption that is God, is not concerned with its own goodness or purity. It is not caught up in the business of judging other. Rather, it cares for orphans and widows.

In the Bible, “orphans and widows” is code language for the marginalized and outcast, those who cannot defend for themselves, those who do not have equal “rights” – precisely the ones that so-called “religious folk” condemn! Religion is directed not to individual purity but towards communal well being, and especially the well-being of the neighbor. In another passage, Jesus says it this way: “The sabbath was made for humankind, and not humankind for the Sabbath.” (Mark 2:27)

Religion is made for humankind. Humankind should not be forced to fit a particular idea of the religious person! The astonishing (and scary) aspect of religion turned into legal or ritual or cultural (patriotic) observance is that Jesus, as marginalized one, as crucified one outside the city walls, is once again left out of the picture! God is abandoned. There is only lip service.

Can we turn to the apparently sacrilegious observance of a group like the Russian punk band Pussy Riot to find a contemporary expression of dissidence – a dissidence similar to the non-observance of Jesus’ disciples that so angered the Pharisees? As they demonstrated in Moscow’s Cathedral of Christ the Savior, albeit a political demonstration but defined by them as a punk prayer, were they not also breaking all the norms and rules that a tightly controlled political system had put in place when it comes to cultural and religious performance? In that prayer of kicking and screaming and invocation for freedom and justice, have these women not displaced human tradition and turned God’s house back into a house of prayer? They offer us a radical example of those who speak the truth from their heart, defending the voiceless and innocent (Psalm 15). Perhaps it is finally the dissident who dwells on God’s holy hill! 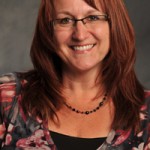 The Politics of Betrayal: John 6:56-69
archives most recent
More from Beliefnet and our partners
previous posts