Psalm 1: Putting Evil in Its Place

Psalm 1 begins and ends in a way that puts a lot people off, particularly those who are less-than-compelled by fire and brimstone preaching: “Happy are those who do not follow the advice of the wicked, or take the path that sinners tread” (v 1) and “the Lord watches over the way of the righteous but the way of the wicked will perish” (v 6).

It sounds like the psalm advocates – not only name-calling – but also a clean drawing of lines between believers and non-believers or between liberals and conservatives, evangelicals and progressives. But the wicked are not merely people we don’t see eye-to-eye with. Rather what this psalm expresses through its vocabulary of “the wicked” is that evil exists in the world.

So this psalm is permeated by an acute awareness of evil, a sense of its proximity and inescapability. In fact, in the structure of the poem, evil surrounds “the righteous.” Talk of “the righteous” is another term that makes people nervous because we immediately connect it with self-righteousness.

Psalm 1 is trying to provide practical advice about how to be “good” even when it feels like evil is closing in you. Stay on the right path and resist the dark side. For those in Sing Sing prison, that is a lot harder than it looks.

Watch the Video: 20 to Life: Prisoners Find a Purpose at Sing Sing

Odyssey Networks spends the day with a dozen inmates trying to turn their lives around at Sing Sing Correctional Facility, a maximum security prison in Ossining, N.Y. Through a program offered at the facility by New York Theological Seminary, select inmates eventually obtain a master’s degree and, in their words, a leg up on transitioning to life outside of prison.

The inmates at Sing Sing who are earning their masters of professional studies through New York Theological Seminary are living out Psalm 1 in radical ways. Like the psalmist, the prisoners in the program know all too well about evil and its pervasiveness. And yet, they speak of taking responsibility for their crimes and committing to do the right thing when they get out of prison. One has to make a choice every day – every moment – about which path to take in life. For these inmates, each step must be measured according to questions of life and death. Will I take the path that leads to wholeness, life, and connection? Or the way that leads to destruction, insecurity, and death?

For those who have committed murder, the “way of the righteous” is not a well-worn one. The street they know better is “the path that sinners tread” (v 1). The temptation to stray over to the easier path – the one you don’t have to use a machete to beat back – is real. The prisoners committed to change know that choosing the right path, in a maze of bad signage, requires daily discipline as well as a GPS or at least a good map.

A map is necessary because human will is not enough to keep one on the path towards the good. This aspect of the journey requires stillness and calm. It requires cultivating an awareness of a different reality from the one immediately before us in the news, or in the case of the Sing Sing inmates, on the streets of their old neighborhoods.

The people of Israel, who wrote and canonized this psalm, lived under oppressive regimes and knew centuries of war and suffering. The Old Testament knows all too well that evil is real. However, the psalm makes the bold claim that evil is not sustainable. By contrast, goodness will ultimately prevail because it is connected to what the psalmist believes to be the deeper, divinely ordered structure of creation. Even though it may appear strong and powerful, evil is actually more like chaff (or, for the urban reader, dandelion fuzzies) because it has no roots in the divine vision of creation.

The touchstone for the righteous is a greater sense of the good in creation, garnered through a deep engagement with tradition. For the psalmist, torah (God’s teachings) connects her to that stronger and better ‘something’ in creation. torah provides her with a point of orientation (v 2), but the psalmist does not resemble a solitary backpacker in the mountains thinking deep thoughts. This traveler is by surrounded the community of Israel, “the congregation of the righteous” (v 5).

By orienting their lives toward God or to the work of asking theological questions together with their professors and fellow students, the Sing Sing inmates stretch their roots beneath the surface of evil and connect up with something deeper and more sustaining. Theo Harris, who spoke at the ceremony for the NYTS graduates in 2008, said that what sustained his hope in prison was the knowledge that “no one is beyond redemption.” The strength of his spirit is rooted in the conviction that there is a spring of water that can nourish him even through the concrete floors of a maximum-security prison.

Armed with something that looks a lot like a Psalm 1 worldview, the graduates of Sing Sing seminary go out into the world committed to serve their communities, bringing a message of hope and responsibility back to the place where they once walked on the path that sinners tread and followed the advice of the wicked. There on the streets of New York, sustained by streams of unseen waters, most of these seminary graduates “yield their fruit” and “their leaves do not wither” (v 3). 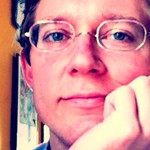