Among the horde of authors and consultants who address the elusive subject of “leadership,” Ronald Heifetz and Marty Linsky have gained a place of prominence. Over the years they have examined dozens of effective organizations of all types in search of answers to a fundamental question: What makes them tick? What do the good and growing ones do differently than corporations or institutions that decline and fail? Just what are the traits of those in charge of first-rate outfits? In their widely-acclaimed book, Leadership on the Line (Harvard Business School Press, 2002), these Harvard scholars draw the distinction between technical management and adaptive leadership. The former involves the application of well-tested tricks of any trade. The latter involves going where no one has gone—like NASA in the 1960’s, frantically trying to catch up with a president who declared boldly (and rather naively), “We’re going to the moon!” Those courageous few who embrace the calling to lead such second-order change assume high personal risks. It’s like building the plane while it’s already in the air and flying at breakneck speed toward an unknown destination. While technical change may involve swapping some outdated rules of the game, adaptive transformation means playing a whole new game.

Two short scriptures beckon for our attention as we find ourselves amidst this season called Lent. The first tells the story of an elderly couple, Abram and Sarai, who had lived with their well-worn names to old age. Goals and aspirations they may have held as youth were all behind them. Beyond the inevitable disappointments experienced by us all, Abram and Sarai bore a special grief, which is hard for us moderns to fathom. Unlike our culture’s increasing embrace of those who choose to remain single, or couples who freely decide not to bear children, Abram’s and Sarai’s world abhorred a status labeled “barren.” For the ancients, the inability to conceive and bear children went far beyond disappointed yearnings to snuggle a newborn or take pride in their progeny; such was cause for shame, especially for the woman.

For decades this couple deemed deficient had lived with the whispers of pity overheard wherever they wandered. Now at last there was a small measure of relief. Past the age of childbearing, Sarai could finally let go of hope—the kind of hope that came around month after month only to be dashed again and again. It’s easier to bear the burden of a painful reality when you can let go of hope that always fails to deliver. Now, in their final years, Sarai’s and Abram’s task was to tend the memories and not give way to bitterness. It was time to put their affairs in order, and get ready to close the book on their life stories, knowing they had failed to attain their most important purpose.
And then God changed everything! The Holy One conferred new names, a new identity, and miraculously, a son and descendants without number! This God was more than a name-changer; the God of newly named Abraham and Sarah was a game-changer. “Behold, I am doing a new thing” (Isaiah 43:19) and “I make all things new,” (Revelation 21:5) this God would declare.

Centuries after Isaac was born to his centenarian parents, a wandering teacher named Jesus gathered some friends around him. Most of those who had begun paying him attention sought a charismatic super star, a leader who would turn things around in a hurry. Perhaps they were a lot like the millions who flock to political primaries and caucuses in search of a miracle-worker. And who would blame them? Times were really tough for Jesus’ compatriots and fellow travelers. An oppressive Roman colonial power held them down. No less confining and constricting were their own religious leaders, overly obsessed with legalisms.

At first it seemed like Jesus was calling for some changes in the rules. He would heal on the Sabbath. He would lighten up on some of the dietary restrictions. He would even talk publicly and freely, and value the perspectives and wisdom of women! But then things came into clearer focus. This unemployed homeless rabbi was playing a whole new game. Rather than pursuing personal purity by following a prescribed set of laws, he sought communal well-being and justice. More than chasing after a moral merit badge, he yearned for an ever-expanding spirit of compassion, forgiveness and grace. Move by move on the new game board, he inched closer day by day to his ultimate destination. Infinitely more jarring than JFK’s pronouncement, “we’re going to the moon” was Jesus’ declaration, “I’m going to the cross.” But that is how it had to be. Nothing would stop him from following the path of a servant-leader. Convinced of his calling, confident that God would be there to the end and beyond, Jesus laid it all on the line. Of course, his public supporters and even his closest friends, like Peter, resisted. “It’s okay, Jesus, for you to bend and maybe even change a few of the rules. But your insisting on being a game-changer could get us all killed.”

If we look carefully around us, there are signs that game-changers are in our midst. Organizations like Bread for the World have exploded the myth that some members of the human family must always go hungry. They help us catch a vision that ending hunger in our lifetime is well within reach. Stopping the cycle of child abuse and domestic violence begins with neighbors who respond when they hear screams and put their bodies on the line between an abuser and his victims. The political unrest abroad in our nation and worldwide signals a yearning for leaders to change the rules, or even play a different game altogether.

I am privileged to serve at a Seminary whose board, faculty and students have made good progress on the road to becoming a “green” institution. Historic old buildings are now being heated and cooled by geothermal climate control systems. The placement of recycling bins around campus has radically reduced our refuse. Water conservation efforts and monitoring our carbon footprint are being launched in response to prodding by students who studied “eco-theology.” While in some areas we are playing by new rules, in other ways we are committed to a whole new game.

Watch the Video: Faith in Action: Power and Light

Connecticut Interfaith Power and Light, one of 39 state affiliates of Interfaith Power and Light, a national umbrella organization, offers a practical, real-world way for clergy and faith leaders to practice conservation. The group offers a class on how to make houses of worship — often older buildings with poor insulation — more energy efficient.

God’s name- and game-changing relationship with Abraham and Sarah was described as a “covenant.” More than a contractual agreement, covenantal commitment involves a deep and permanent pledge to do right by each other. Covenants are not formed lightly. Old Testament language speaks of “cutting” a covenant. Mark’s gospel claims that God’s ultimate covenant with the creation had to be forged on a cross and is sealed by Jesus’ blood (Mk. 14:24). Participating in God’s mission of restoring the creation requires deep commitment by leaders (and that means us all) willing to lay their lives on the line. “For those who want to save their life will lose it, and those who lose their life for my sake, and for the sake of the gospel, will save it!” (Mk. 8: 35). 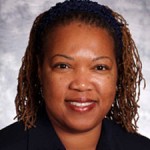 Mark 1:9-11: The Pleasure Principle
archives most recent
More from Beliefnet and our partners
previous posts