The Speech Obama Should Give About Health Insurance Reform 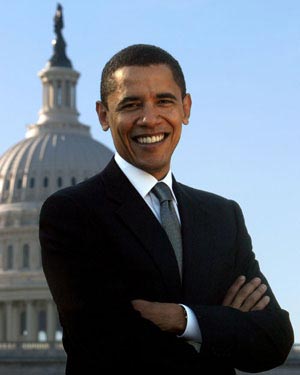 by Jerry Kolber
It’s a shame that with such initial popular support for his health insurance reform President Obama is running into such difficulties making it possible for all American’s to be healthy.  While I tend to vote Democrat, I have voted for Republicans several times in the past few years, but on health care it’s clear that their interests lie somewhere other than the welfare of the people they were elected to represent (unless they were only elected by health insurance company owners). I don’t see health as a political issue – I see this as some people in DC using the health of fellow citizens as a pawn in their political game.

While his nuance for the issues is appreciated, it’s time for Obama to take a real stand on the issues that got him elected, and to do it in an unequivocal and gutsy way.  If health insurance reform goes down, I’d like to see it go down fighting. So here’s the speech I’d love to hear.

“We stand at a historic crossroads tonight.  The issue of health insurance reform will determine what we stand for as a country – whether we still believe that everyone in America counts regardless of how much money they make or how much political influence they wield, or whether from this day forward we measure the worth of a life of a man, woman, or child by the fortune of their circumstance.  This is an issue that demonstrates the core of who we are as a nation.

The American Dream was to provide a land of opportunity, justice, liberty and happiness for all – and that includes the ability to wake up in the morning knowing that you will be cared for if you are sick. I stand here today to tell you that there is an industry that stands in the way of the American dream.  Over the last four decades, the cost of private health care has risen, and risen, and risen to the point where many Americans of moderate income cannot afford health care or health insurance; and the health insurance industry has put itself in a position to ration healthcare even to those who can afford it.  I tell you this: a nation where every citizen cannot afford to be healthy is a nation that itself is not healthy.

Americans have demonstrated time and again their willingness to offer themselves up in times of crisis: in the wake of 9/11, Katrina, and most recently Haiti, we prove why we are known as a people who reach out our hands when someone falls.  There’s no more perfect definition of the American spirit of cooperation. I ask you this: have you ever felt that you made a mistake by reaching out to lend a hand to a neighbor in need, or helping a friend, or assisting a family member who had fallen on tough times?

Because that’s what health insurance reform is about, folks; it’s about letting everyone in America know that if they wake up sick, or with a disease, we will lend them a hand.  It’s about letting you know that if you lose your job, or run a small business, you will also have access to affordable health insurance options for yourself, your family and your employees.  It’s about taking power back from the hands of a select few who profit from our sickness, and putting it back in the hands of the people so that we may all profit from our health.

By reforming the health insurance industry, we have an opportunity to stand as a beacon of all that can be good about a nation. We have an opportunity to show that as prosperity begins to bloom again within our borders, so too does compassion, consideration, and a renewed commitment to the bedrock principles that inspire our character.  When we look out for each other and stand together, we are a great nation; when we allow ourselves to be divided into the health-care haves and have-nots, as we have today, we strike at the core of what makes us such a productive, creative people. You cannot build a healthy nation without a foundation of healthy citizens.

Now I’m not going to stand here and tell you this a fight of good vs. evil.  I’m not one for making broad generalizations. But I will say this. The entire Republican party has banded together against making all of America a healthy America.  My grandmother, a very wise woman, used to say: follow the money and you can follow the story. And in this case, my colleagues in the Republican party may even have themselves convinced that the same health insurance companies that are profiting from their obstruction have your interests in mind.  But I think we all know better.

My colleagues in the Republican party will often tell you that God has endorsed their vision. But I will tell you this: God does not want unhealthy Americans.

I’m not going to stand here and tell you that the proposal for health insurance reform is a perfect system. There is no perfect system. But it’s the best we can do right now to ensure a nation that is built upon a foundation of health and prosperity.  I would rather an imperfect system that shows the best of who we believe ourselves to be, than the system that the Republican party would prefer to leave in place – a system that only shows the best of how four decades of lobbying, campaign contributions, and back room deals can put the profit motives of a handful of companies ahead of the health of the American people.

So I stand before you today to say this; it is my duty as a Christian, as a citizen of the United States, and the President of this great nation to fight to the end to slay the dragon of special interests, Washington fat cats, and the forces that would leave tens of millions of Americans unhealthy, diseased, and dying to protect their profits.  It’s going to take all of our efforts – calling our congressman and senators, town hall meetings, making our voices heard- but I believe in you America, and I believe that in your hearts you know how to do the right thing. Call your Senators, call your Representatives, and tell them you believe in a healthy America.  I’m fighting for a healthy America, and I ask each of you to join me in this fight.  Good night and God Bless You All, and God Bless America.”