Can Meditation Solve the Tragedy of the Commons? 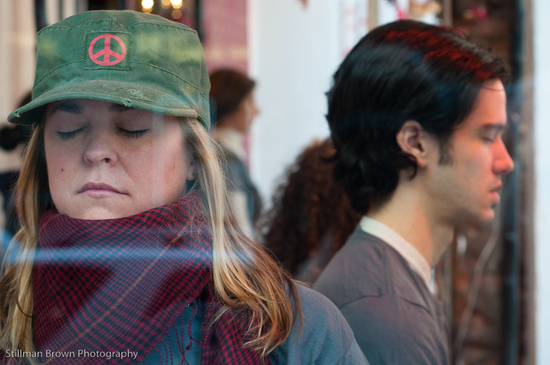 I’ve recently become a fan of NPR’s Planet Money podcast. Similar to it’s public radio brother-in-arms, This American Life, Planet Money is an informative, humorous look at economics issues that carries some intellectual weight. A recent show used game theory to examine some of the obstacles to fixing climate change. From the Planet Money website:

Nobel prize winner Elinor Ostrom says the answer to fixing rising temperatures has to come from the people not the government. But reducing our carbon emissions is expensive and some economists wonder if we’re willing to pay for it. To answer that question, German zoologist, Manfred Milinski came up with a game that tests how much we would be willing to pay now to save the Earth later. Joined by a special group of NPR staff, the Planet Money teams plays his game and gets a surprising result.

This podcast – and it’s worth listening to the whole thing – got be thinking about how meditation might be used, indirectly, to tackle climate change.
The idea, over-simplified, is this: Global climate change is a Tragedy of the Commons that can only be fixed through the cooperation of many actors with divergent interests. In the game theory experiment examined on the show, participants had to cooperate to spend a certain amount of money in order to save the planet, but each player could walk away with more money if they cheated and under-spent other, more generous players.
The problem is that, in at least half the trials run, too many players value their own self interest – i.e., under-spending on climate change – more than cooperating to spend the necessary amount. This is not a new idea. Scientists/psychologists/economists have known for a long time that humans only act altruistically when there is a guaranteed return. It’s easy, for example, to be altruistic with your family because you love and trust them, you know your generosity will be rewarded by chicken soup and sympathy the next time you have the flu. It’s much, much harder to be altruistic with strangers, when the reward is uncertain.
This essential selfishness, it seems to me, can be seen occurring at all levels of the climate change debate, from individuals to governments, and if the game theory studies are any indication, it’s difficult enough get people to cooperate in small groups. Altruism and cooperation on a global scale? Not likely.
Enter: meditation.
Now, several assumptions underlie my thoughts. First, solving climate change will happen from the ground up. Communities will supplant governments as the initial driving force behind reducing carbon emissions. Politicians, by their nature cautious and cowardly, will follow the grassroots.
Second, selfishness is not evil, just maladaptive to our current predicament. Selfishness is the norm because we’re used to looking out for short term interests (“I want cheap energy, and lots of it, now,” instead of “I accept a lower standard of living in order to solve this difficult-to-conceptualize future disaster”), and it’s deeply ingrained evolutionarily (i.e., altruism is easy with friends, difficult with strangers).
Third, meditation is an effective training against selfishness, mistrust, and, in general, the defensive, evolutionary tendency to hoard altruism.
The idea, then, is to use rationality – embodied in meditation – to override our more primitive selfish reaction to facilitate altruism in small groups and communities. Can something like this be systematized? Can we make “Sharing and Climate Change” an interdisciplinary course in high schools (we would need a cooler title)?
I know this might sound offensive to some who view Buddhist meditation as a religious act, but it seems to me that training a generation of young minds to see the value in long-term altruism would be a nice complement to the endless rounds of government negotiation currently underway. And that’s the beauty of it: it’s not really “Buddhist;” it’s just good. As far as my limited knowledge extends, Christian, Muslim, Jewish – all the world religions – teach the valuation of the community good as the highest achievement.
It might seem far-fetched, but finding a way to teach altruism, grounded in mindfulness, to the unwashed masses is sound science and good ethics.
Thoughts?