Vampires, Zombies, Buddhism and the Undead

Pop culture thermometer: Cold. Deathly cold. Cold and dead is hot.
Zombieland was the top-grossing movie this past weekend.

.
Pride and Prejudice and Zombies 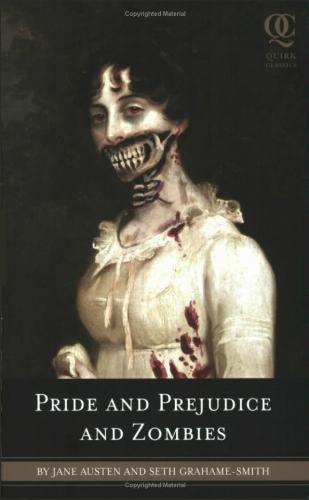 was one of the near-moribund book publishing industry’s few runaway success stories last year. HBO’s True Blood and its star Anna Paquin are very hot topics around the water cooler and chat rooms. The beautiful adolescents of the Twilight books and movies, in their perpetual teen sex/death swoon, are everywhere from People magazine to the London Review of Books.

Wow, do we love the undead. Over the past two years, if not longer, pop
culture been full of animated corpse tales that are animating the bank
accounts of creative folk of all kinds, from movie studios to
publishers to gamemakers. What gives?

What does a curious Buddhist practitioner think about all this?

First off, fantasy is fun. As a voracious fiction reader and long-time
science fiction fan, I would not deny anyone their time in the creative
playground, either as maker or consumer. I don’t believe that art and
fantasy need to be controlled or censored for moralistic reasons, and I tend not to draw dire conclusions about the popularity of violent video games, or even the popularity of zombies and vampires.

But
it sure is interesting to think about.

Buddhism’s message that after birth, old age, sickness, and death are
inevitable is perhaps not so loud and clear to our ears anymore.

Jenny Turner, in that London Review of Books piece on Twilight,
make the very observant point that the great popularity of the Twilight
books–and, I would add, vampires in general–among middle-aged women
is not due so much to the lure of forbidden sex as the lure of eternal
youth. Vampires never become “cougars.” Vampires don’t have to eat.
Vampires never have to worry about buying wrinkle cream. Impossibly
thin and eternally unwrinkled — isn’t that pretty much ideal?

Death is such an attractant/repellent for us. On the one hand, Americans hate to deal with death, real death. Few of us see people actually die. Funerals are managed, corpses are hidden or made up like mannequins. Billions are made
and spent to erase even the appearance of age, the harbinger of our encroaching end. Age-defying plastic surgery, injectable fillers, teeth
whitening, nutraceuticals, human growth hormone, Viagra — every kind
of potion that could possibly stave off, if not the inevitable, at least the
appearance of the inevitable (age) is what our society spends its energy making, advertising, and consuming.

At the same time, what we also spend time imagining, visualizing, lavishing creativity on, making, advertising, and consuming is a bizarre fantasy death world in which the dead talk, walk, fall in love, make money, buy wonderful clothes (Twilight!), look fabulous and have hot sex (True Blood!), act goofy (Zombieland), and are, in fact, anything but dead.

There is a story about the Buddha and a young mother who was impossibly distraught over the death of her infant son. She went from one person to another, crazy, asking if anyone had medicine to cure death. Finally, she asked the Buddha, who told her to find a home where no one knew anyone who had died. As she went from house to house, reality began to dawn on her, and she returned to the Buddha, and became a practitioner, cognizant of the truth.

The consensual hallucination that is our 20th c. world of stories–our TV, our novels, our video games, our movies– doesn’t include tales like that, does it? Somehow, no matter how horrifying and scary, our dead walk and talk and screw and look absolutely smashing.

Maybe that’s why I like Dexter better than True Blood. The dead on that show are dead. Anyone care to weigh in? 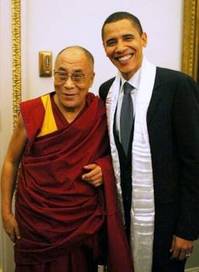 Obama Postpones (Avoids?) Meeting With Dalai Lama: Change We No Longer Believe In?
archives most recent
More from Beliefnet and our partners
previous posts