This past weekend I clicked thru on a link in a tweet from a buddhist poster, and discovered what led to several articles about the sad deaths of two people at the Spiritual Warrior in Sedona, Arizona, led by James Arthur Ray, a self-help author.

Both the Times and Fox News articles about the sweat lodge deaths seem to have the same details: Sixty-plus people squeezed into a sweat lodge for 2 hours, part of a $9,000-per-head weekend spiritual retreat. Two were taken out, with neither breath nor pulse, a 38-year-old woman and a 40-year-old man, both of whom had been in excellent health. Nineteen other people were taken to the hospital; some are still in critical condition.

Online, it seems that the “New Age” world is awash in opinion, condemnation, questions, fear, sadness, sympathy – the whole gamut of reactions to such a tragedy. Some say the lodge ceremony belongs to the Native Americans who have practiced it for centuries, and should never be held by non-Native Americans, and never for profit. 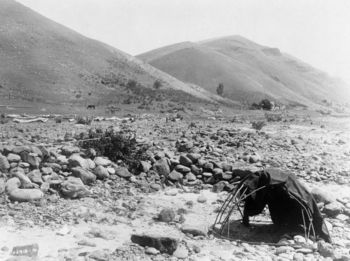 Others say
the New Age practice of Large Group Awareness Trainings (the industry
term for this sort of weekend) needs to be regulated. I know that I’ll
be reassuring my friends and family that the Zen and Shambhala weekends
I’ve been on have NO similar ceremonies included.

I’m not sure
what to think, but I have tremendous sorrow for the dead, the injured,
the families  left behind, and the survivors. To me, it seems they were
searching for a transcendent experience thru extreme physical means.
Who am I to say if that is right or wrong, spiritual materialism or
not? It might be the grossest sort of spiritual materialism for some
and not at all for others.

But I do question the motives and
wisdom of the person running the retreat. Did he intend to bring people
to the edge of death? Did he explain this was what was going to happen?
His website exerpt on Google reads:

“Create Harmonic Wealth in all areas of your life with James Arthur Ray: financially, relationally, mentally, physically and spiritually. Balance is bogus!”

One astute techy retrieved James Arthur Ray tweets (the guy was a prolific tweeter), which he deleted after the deaths. Very telling, very sad, and very thought-provoking.

How
will the media treat this? How will we spirtually minded folks treat
this? How will it be sensationalized, or treated sensitively?

What do YOU think?

Buddhist Quote of the Day: Do You Need To Be A Vegetarian To Practice Meditation and Yoga Properly?
archives most recent
More from Beliefnet and our partners
previous posts