Secularizing Buddhism–Making it Accessible or Stripping the Roots? 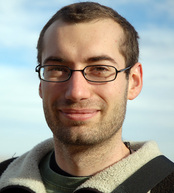 A Guest Post for the One City Blog by Vince Horn of Buddhist Geeks (Full Bio Below).

It’s a very common and hip thing today to want to make
Buddhism secular.  Many very
worthwhile organizations and movements have this as their guiding premise.  One need only look at the work that
Mind and Life Institute is doing to make meditation mainstream in the sciences,
or the work that Jon Kabat-Zinn has done with the Mindfulness-Based Stress
Reduction technique, to see the far-reaching impact of making Buddhism secular.

In fact, I’ve had many great conversations, for the Buddhist
Geeks Podcast,
with some of the leaders in this movement, including the founder of the Mind
& Life Institute, Adam Engle and Zen priest Norman
Fischer.  Each of them has extremely good reasons
for making dharma secular, and so it’s hard not to appreciate the work that
they are doing.  But still, I find
there is something limited about that being the only or even main
approach that we take toward transmitting
Dharma to the West.

But let me be clear about
what I mean when I say, “making Buddhism secular.”  I mean, specifically, the attempt to strip away the cultural
trappings of the tradition, while preserving and re-packaging the “essence” of
the tradition (which usually has something to do with meditation practice).  In the process the religious language
is jettisoned and new “less religious” language is used instead.   Phrases like, “Buddhism is more a
science than a religion” or “The core technology of Buddhism is meditation” are
indicators of the secular impulse.
The problem is that Buddhism is a religion.  And it’s a science.
And it’s more besides…

Before I get into some of
the problems I’ve noticing with the assumptions behind secularizing Buddhism, I’d
like to acknowledge the very beneficial results of this movement.  The main one seems to be that some of
the wonderful meditation practices and perhaps some inkling of the models
behind them, are able to enter more “mainstream culture”.  I’ll get into why assuming that
mainstream Western culture is secular is a problem in a moment, but for the now
let’s just assume that there are many people who are being exposed with these
secular Buddhist practices who otherwise wouldn’t.  That is a wonderful thing.

Connected with that we see
the field of “contemplative science” beginning to be validated, and a whole
host of scientists making their careers out of that intersection.  There are also many ways in which
Buddhist-based meditation practices are making their way into educational
contexts.  So, it must be acknowledged that there
are very real benefits coming online from some of these movements, and those
should continue.

Is the West Really
Secular?

And now, some of my larger
concerns.  One is that we assume
that mainstream Western culture really is secular.  Has anyone noticed that in fact, we have an incredibly
Religious culture?  It’s a little
less so in some parts of Europe, but in America nearly %85 people self-identify
with a religious tradition.  Does
that make us a secular society or a highly religious one?

And let’s not confuse the
separation of Church in our political process–which incidentally was designed
to support evangelical Christians who were being persecuted, not atheists who
were afraid of religion corrupting the government–with having a secular
society.  We have a governmental
process that tries its best not to be influenced by one particular religious
tradition, but we have a country full of religious people who actively
participate in governance.

And then there’s this strange
idea that there really exists a strong dichotomy between science and religion,
and that for something to be scientific it can’t possibly be religious (and
vice versa).  But is that actually
the case, and do we really need to strip anything that resembles “religion” out
of Buddhism for our culture to be able to tolerate it?

Ouch, Those Are My Roots!

The other problem with the
secular approach is that it often, in an attempt to distance itself from “Buddhism
as a religion”, strips away the historical significance of the Buddhist
tradition.  If you’ve spent anytime
studying the history of Buddhism, you’d see pretty quickly that it is an
ancient and constantly evolving
religious tradition.  It has a
series of both practices and beliefs that have spread and mixed with many other
influences.  Buddhism as it entered
Tibet from India melded and mixed with the Shamanistic Bon tradition
there.  As it entered China it
mixed with Confusionist and Taoist influences, and now as it enters America it
is mixing with our scientific culture and strange beliefs about the extreme
difference between religion and science.

The problem with not seeing
how Buddhism has evolved, and in not seeing ourselves as a part of Buddhism’s
evolution, is that we can believe we are somehow the holders of the “essence”
of Buddhism.  But what is the
essence stripped from the practices, realizations, models, and people who have
contributed to this living tradition?
Is there really such a thing?
Could it be that the whole idea of there being an essence to Buddhism
that is distinct from it’s extraneous forms–those forms that are so irrelevant
that we can simply ignore them or dump them–is coming from a set of cultural
assumptions that exist here in this place and time?  We need to recognize that possibility, and see that there is
a kind of violence in trying to strip something from its historical roots, and also
a kind of arrogance in thinking that we can even do that successfully.

Some questions that I would
ask myself and all those who consider themselves influenced by the Buddhist
tradition:  Are we so embarrassed
by certain components of Buddhism–the adherence to strict moral codes, the
magical and mythical pantheon of Buddhist cosmology, the metaphysics of enlightenment,
etc.–that we feel the need to throw them all out without further
discourse?  Or, can we hold the
pain of knowing that all the amazing teachings that come out of the Buddhist
tradition also come with things that we might not like or understand?  And if we acknowledge that, might it
mean that each of us has to grapple with the past, present, and future of
Buddhism and its relationship to our lives?  Can we really trust that things like the Mindfulness Based
Stress Reduction movement are carrying the full potential of the Buddhist
tradition forward?  Is it that by
secularizing Buddhism we are running the very real potential of losing
something of incredible importance, while trying to ditch what we consider the “non-essential”?

These are questions that I continue
to ponder, being both a lover of the wisdom that’s carried through the Buddhist
tradition and a lover of innovation and the new forms by which that wisdom can
be carried.  My intuition is that
both can be honored– tradition and innovation–but not if either one is valued
at the expense of the other.  And
certainly not if we don’t ask ourselves these hard questions.

Vince Horn lives as a modern monk. He spends part of his
year in silence, meditating, introspecting, and developing spiritually. The
rest of the time he spends engaged in the world, where he produces and hosts
the popular show, Buddhist Geeks, works in the production department of the spiritual publishing company Sounds True, and writes for various publications–including on his personal blog Numinous Nonsense–and enjoys living in Boulder, Colorado with his wife Emily.