The Associated Press is reporting that Buddhist monks at nuns at the Bat Nha monastery in central Vietnam are being ordered to leave by Communist authorities. According to reports, telephone, power and water have been shut off and the monastery was attacked by a mob who damaged buildings and threatened the occupants, who are disciples of Zen master Thich Nhat Hanh. Hanh’s followers believe the compound is being targeted in response to comments he made supporting the Dalai Lama and calling for increased religious freedom in Vietnam. A Web site has been set up to follow the situation and offer support. 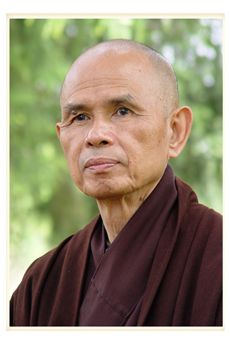 Buddhism and the Environment: Is Mindfulness Meditation Enough?
archives most recent
More from Beliefnet and our partners
previous posts