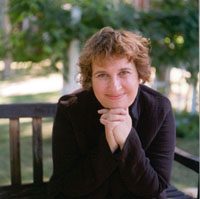 But I’ve been applying them to baseball. Specifically, the New York Yankees.

*Sharon Salzberg is one of the lineage mentors for the Interdependence Project, and, per her online bio, “she established, together with Joseph Goldstein and Jack Kornfield,
the Insight Meditation Society (IMS) in Barre, Massachusetts,
which now ranks as one of the most prominent and active meditation centers
in the Western world.”

On an entirely different tack in the ongoing literature appreciation class of my life, I’m also reading and rereading the most excellent writing of Josh Wilker, on the Cardboard Gods
blog.

Cardboard Gods has no connection to the Interdependence Project (the IDP is the creator of this One City blog), or buddhism, but I’m
a huge fan. It’s about growing up, understanding life (or not), baseball, and baseball cards in the late 1970s and early 1980s. It’s gonna be a published book soon. And it makes me love
baseball even more than I do, which is a good bit. (I’ve been a Yankees fan for years. I get to a coupla games a year and watch a bunch more. And long ago, I played Strat-o-Matic.)

So, I started thinking of various objects of lovingkindness meditation. As Sharon teaches the practice, we start with an admired teacher or “hero,” move to ourselves, to a loved one/friend, to a neutral person, to a disliked person or “enemy,” and expand to include many, many more people.

I decided to try this with my team, the New York Yankees. Who is my hero, my beloved of the basepaths, my neutral player, my “enemy”? I could divide their cards into piles, in my head. While conversing with a fellow IDPer after class, I decided the following:

A-Rod is NOT my hero. In fact, A-Roid may be my most disliked Yankee. Into the enemy pile, to be wished happiness, health, safety (on the basepaths), and ease of living. (C’mon, tho, he’s A-ROD. How uneasy could life be? hmm. . . .)

Derek Jeter is a fantastic player but somehow hard for me to get excited about. A great player, great skills, but . . . surprisingly, into the neutral pile he goes.

C.C. Sabathia is rather new, but I find him endearing. I would be happy to hang with him and chat a bit. I’d be happy to chat with Melky Cabrera, too, but my Spanish is not that good. However, I do feel warmly toward his hitting. Hero and close friend? Actually, I prefer David Wells as hero, tho’ he doesn’t pitch for the Yankees now . . . .

The patent absurdity of this exercise really showed me how very tenuously the objects of my lovingkindness meditation exist.

My image of a colleague may be no more real than my image of Melky Cabrera. Yes, they both exist, but how they exist in my head, as I do lovingkindness meditation, is an entirely different order of existence.

read next post
Is This Week's New York Times Modern Love Written By a Buddhist Lady?
archives most recent
More from Beliefnet and our partners
previous posts