Make that hundreds of thousands. The Global Humanitarian Forum released a comprehensive study saying that annually, 300,000 people die from global-warming-induced catastrophes. Climate Change also already direcly affects the lives of 325 million people (seems a low number to me) and causes over $125 billion annually in economic losses (that might be the biggest statistic from a political vantage point). 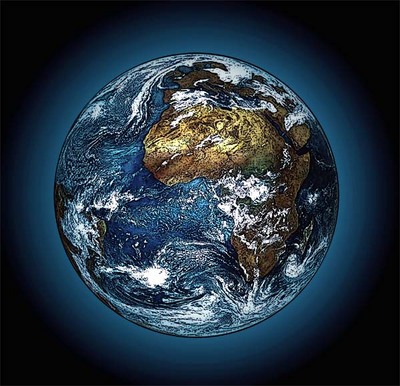 Global Warming is tremendously expensive, and it’s only going to get
worse. Of course, we tend to like hopelessly expensive phenomena, such
as the War on Terror, so maybe we’ll let the climate crisis hang around
for a while. It’s quite American to pretend you can afford things you can’t. That’s what credit cards are for. Maybe we are just treating Mother Earth like a high-interest Mastercard, and we like it that way.

This is not a future-thing anymore. This is not a “if we don’t do something, things will get really bad” type of situation. This is right here, right now, and it’s already happening.

I really hope we aren’t already screwed by Climate Change.