My cat Shinsan died around midnight on Thursday, Dec. 13. 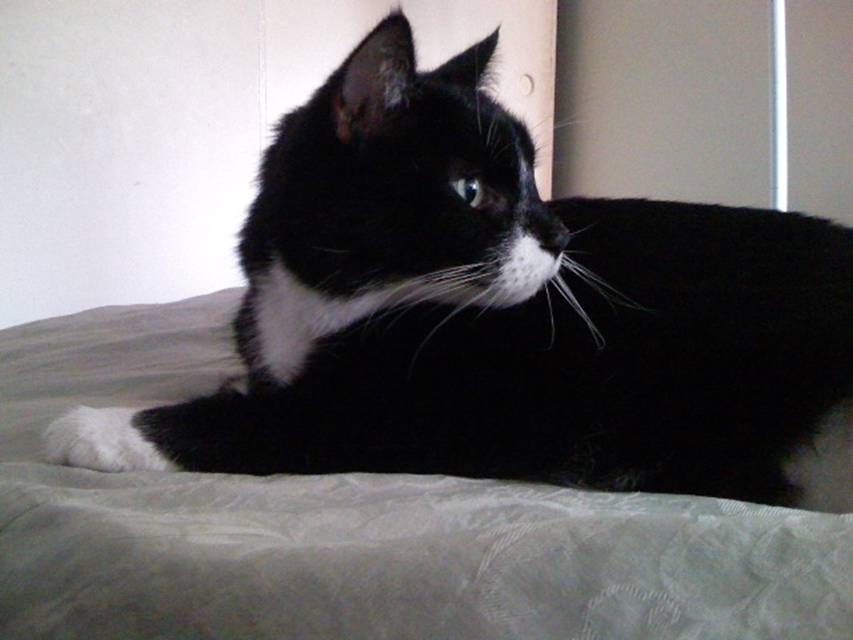 His terminal illness came on suddenly, three weeks ago. We rushed him to the vet hospital on Monday morning, Nov 19th; they told us he was terminal, so we took him home to die Tuesday night, Nov. 20th, several thousand dollars later. (note to self: If reincarnated as an animal, pick a devoted owner and pick Manhattan. The three major vet hospitals in NYC probably have more life-saving technology than several countries in Africa put together. But that’s another blog. And I donate money to hospitals in Africa, too.) Shinsan lasted three more weeks, very ill, very well loved, very well cared for. Exhaustingly, excruciatingly cared for. Everybody suffered.


His was the second cat death I’ve been thru. A friend reminded me of George Carlin’s advice: “Remember, every time you buy a pet, you’re purchasing a small tragedy.” When I asked a buddhist friend for some words of wisdom, I heard, “Impermanence: not just a word anymore.” Yup. Facing the imminent physical reality of a dying being – animal, human, even a plant! – is very, very real. Impermanence, attachment, aversion – it’s all there.
So after a couple of years of buddhist study and practice, what did I find? Witnessing suffering and death and trying to alleviate it is quite intense and horrible. All the empathy and compassion I cultivate in my practice on the cushion and the sidewalk is both beautiful and magical, when I can connect with someone or some being, and excruciatingly painful that being is ripped away in pain. Duh. The more you love the more you grieve. It doesn’t take a buddhist to figure that one out. I coulda got it from a Hallmark card.
I remembered seeing a question about death on http://gudoblog-e.blogspot.com/2007/11/how-should-we-face-death.html Gudo Nishijima’s blog. (He’s a Zen buddhist teacher, rather iconoclastic, as far as I can tell.) Here’s a question from a student, and his answer:
Student (Isahito San): [A]nd what should we do, when death is coming to our life?
Teacher (Gudo): I think that I should wait for death quietly, and I think that there is nothing to do preparing for death. 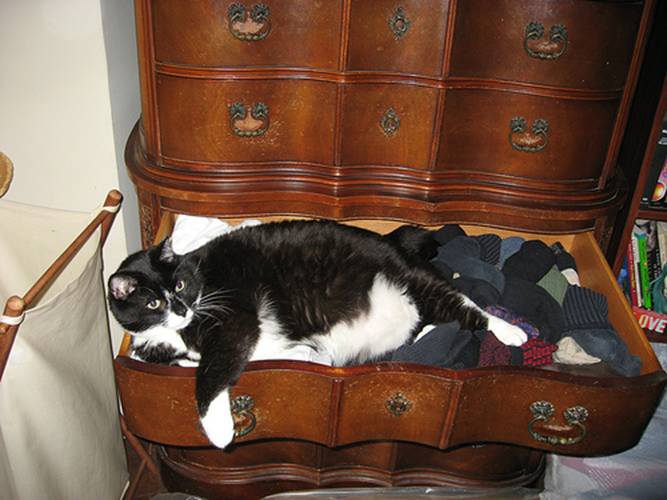 There really isn’t. Nothing except life and practice. Death happens; I decided to try to just watch the emotions, and feel them. I know I was attached; I know it hurts. I just decided to go with it. Hurt, grieve, cry, feel. I sat every day. I was thoroughly, deeply miserable. In the moment.
I tried to take the practice off the cushion. On the streets I walked around looking at people, and wishing them peace and contentment. I thought of how many had suffered the far worse pain of losing a person close to them; I wished them solace. Tried a little tonglen practice on the subway. Gave money to beggars. All that buddhist stuff. Truly it is better to be miserable in a crowd; One City is a good place to grieve.
When we took him to the hospital the last time, to be killed humanely, I held him as the vet pushed the plunger on the final injection. I had more than a little trouble aiding the death of a sentient being, but I thought about ahimsa – nonviolence; it wasn’t violence, technically. He was too sick; the compassionate action was not spending thousands of dollars for 24 more hours of labored breath; it was letting him go.
As the vet’s thumb went down, I whispered the parts that seemed at least somewhat applicable from the Tibetan Book of the Dead: “Everyone has to die” and “Don’t be afraid.” I freely admit I have never been into that book, unlike many of my buddhist friends, who discuss it at length and make promises to read it over each other’s bodies. I had never even read it. I had to look up a free translation online: http://reluctant-messenger.com/Tibetan-Book-Dead_Houston1.htm
(On another friend’s advice, I admit I did some preparation.)
The TBD instructions are not terrifically applicable to animals; the note: “I will let go of the illusion of instinctive terror. . . . I will recognize all objects as my mind’s own visions” did not seem too great. I doubt Shinsan’s little cat “mind’s own visions” had ever included lethal injection.
Ah well. Everyone does have to die and I hope he wasn’t afraid. When it was over, the next day I went to work, went to yoga, ate a giant Dragon Bowl macro plate from Angelica Kitchen and went to bed early. And I felt the emotion of relief. Deep relief. But as I sat the next morning I started the torturous guilt; I could feel it coming on – the pain of recrimination – had we done enough, too little, too much, too soon, too late. . . and I checked my email. Every morning I get a little lojong slogan and explication from some http://lojongmindtraining.com thing I signed up for. That morning it was “Regard all dharmas as dreams” and the commentary was by Pema Chodron. She wrote:
“More simply, regard everything as a dream. Life is a dream. Death is also a dream, for that matter; waking is a dream and sleeping is a dream. Another way to put this is: ‘Every situation is a passing memory’. . . .
Have you ever been caught in the heavy-duty scenario of feeling defeated and hurt, and then somehow, for no particular reason, you just drop it? It just goes, and you wonder why you made ‘Much ado about nothing.’ What was that all about? It also happens when you fall in love with somebody; you’re so completely into thinking about the person twenty-four hours a day. You are haunted and you want him or her so badly. Then a little while later, ‘I don’t know where we went wrong, but the feeling’s gone and I just can’t get it back.’ We all know this feeling of how we make things a big deal and then realize that we’re making a lot out of nothing.”
At first I felt awful reading this. It CERTAINLY did not apply to the death of a loved one! “making a lot out of nothing” – Oh PU-LEEEZE! what utter crap. If Pema had been in front of me I would have smacked her upside the head for that one.
But I realized I could see those guilt thoughts. They were thoughts. I could drop ’em. I didn’t actually have to be thinking them. They did nothing. They would only be the root of more suffering. I was making a big deal of nothing. So I dropped ’em.
I feel a hell of a lot better now. I felt awful in the moment; I feel different now. And in January I’m going to purchase another small tragedy. (Actually, I’ll adopt one.) 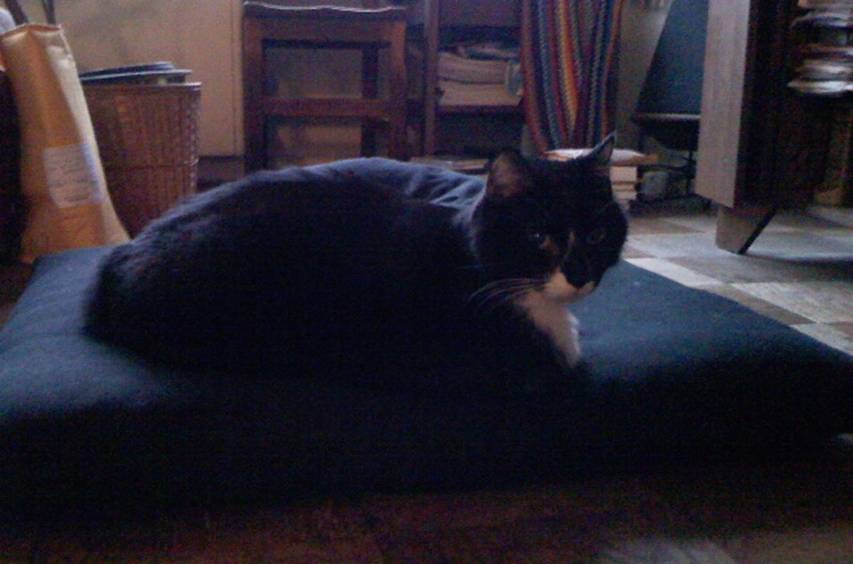 RIP, Shinsan. Every experience is an opportunity to wake up. Be grateful for everything. Even death.
read next post
Drinking, reading, Buddhism: impossible?
archives most recent
More from Beliefnet and our partners
previous posts