Remember back when school kids took field trips to see “The Ten Commandments”?

Back in 1956, before it was illegal to read the Bible in school or have an opening prayer before class started, busloads of American kids excitedly went on field trips to their local theater to see Cecil B. DeMille’s epic movie “The Ten Commandments.”

“It’s hard to believe,” writes the Kansas City Star newspaper’s movie reviewer Robert W. Butler, but “Back in 1956, before anyone got overwrought about the separation of church and state, it was widely believed that Cecile B. DeMille’s biblical epic was a work of soul-saving substance. By decree of school boards everywhere, kids were bused to their local movie palaces to be immersed in the film’s moral-strengthening glory.”

For the movie’s 55th anniversary Paramount Home Video has re-released the film as a boxed set. And vital to the plot is a message still being lived out in the Middle East today.

“If you want to understand why, 55 years on, Cecil B. DeMille’s epic retelling of the story of Moses, from his birth to ascendancy into Heaven, is still as beloved today as it was when released during the first term of the Eisenhower administration,” writes reviewer John Nolte, “all you need do is watch the director explain the theme of his masterpiece in the short segment that opens the film.

“It’s an odd moment. After all, how many movies open with the director stepping out from behind a curtain to lay the groundwork for what’s to follow?

“This unconventional decision more than works, though, as it sets a thoughtful and reverential tone that will carry you through the upcoming 220 minutes. Mr. DeMille tells us outright: ‘The theme of this picture is whether man ought to be ruled by God’s law or whether they are to be ruled by the whims of a dictator like Ramses. Are men property of the State, or are they free souls under God? This same battle continues throughout the world today.'”

And if you’d like an opportunity to win the new DVD (Yes, WIN, as in FREE), CLICK HERE! 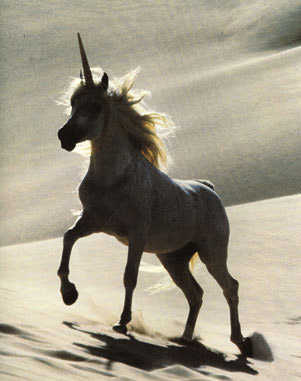 Are there really unicorns in the King James Bible?
archives most recent
More from Beliefnet and our partners
previous posts