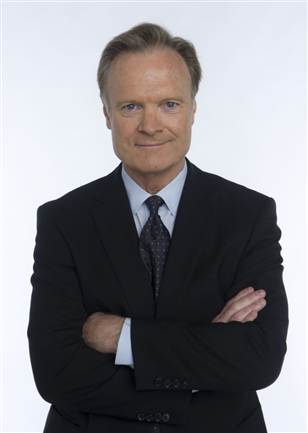 “The Last Word” show host Lawrence O’Donnell lashed out at the Almighty as well as the Book of Revelation last night on the “Rewrite” segment of his news commentary show.

He’s MSNBC’s Senior Political Analyst as well as the Emmy-winning producer and writer of NBC’s “The West Wing,” which explains that show’s penchant for portraying believers as freaks, crazies and threats to national security.

During the “Rewrite” segment of his program, O’Donnell criticized other news shows for over-hyping the situation in Japan.

He specifically lampooned Fox News’s Glenn Beck for citing the Book of Revelation in a segment, then declared:

“The book of Revelation is a work of fiction describing how a truly vicious God would bring about the end of the world.”

“No half-smart religious person actually believes the Book of Revelation,” he proclaimed. “They are certain that their God would never turn into a malicious torturer and mass murderer beyond Hitler’s wildest dreams.”

Then, he had to get out one last jab at Beck, whose audience is about ten times as large as O’Donnell’s:

“Glenn Beck, of course, does believe the book of Revelation.”

Beck cites the Bible and St. John’s vision of the Apocalypse upon occasion, however frequently laments that the end of the world is beyond his expertise.

O’Donnell needs to check out the Tenth Commandment — “Thou Shalt Not Covet.”

“Don’t listen to Beck. Listen to me,” he seems to be screaming.

Too bad O’Donnell doesn’t believe the Bible. He might find a role model in the Apostle Paul, who from prison wrote in Phlippians 4:11: “… I have learned, in whatsoever state I am, therewith to be content.”