Pray for China’s Christians; they’re suffering a new attack by the Communist government

The Chinese government may have picked the wrong target as they scramble to prevent the Middle East’s “Jasmine Revolution” from spreading to China.

According to reports, they are going after China’s millions of Christians.

Since most Chinese Christians worship in underground congregations, estimates of their numbers range wildly from 60 million to 150 million. However, it is widely accepted that the Chinese church is the largest in the world — eclipsing the United States’ worshipers.

“China’s security establishment is in a ruthless mood at the moment,” writes the London Daily Telegraph, “taking on the ‘tall poppies’ of the law, the media, the blogosphere and the arts without apparent fear of a backlash from a public that instinctively knows the value of compliance, and the price of defiance.”

“However,” observes reporter Peter Foster, “there is another, much larger grouping, that is also heading for a collision with the ‘Goon State’ (that’s The Economist’s label) and with potentially much more serious consequences – the millions of Evangelical Christians who choose to worship outside China’s official churches.”

“The news out of China grows worse as reports of the arrest, detention, harassment, and beatings of Christians come from across China,” writes author Albert Mohler, president of the Southern Baptist Theological Seminary. “Central to this crackdown is the paranoia of the Communist Party. One of the hallmarks of democratic societies is the existence of thriving ‘mediating institutions’ between the individual and the brute power of the state. In the United States, these mediating institutions include everything from the PTA to your local church and the neighborhood reading club.

“One dimension of the Communist Party’s idolatry is that it allows no mediating institutions between its power and the individual,” notes Mohler. “It greatly fears these organizations, especially the church. One reason — Christians in China now outnumber members of the Community Party.”

To read more about China’s persecution of a Christian lawyer, CLICK HERE

China has attempted to regulate Christianity by establishing the “Three-Self Patriotic” churches — both Protestant and Catholic. The Catholics are prohibited from having any contact with the Vatican. Millions have just quietly refused. Their priests and bishops are regularly detained by police, subjected to house arrest and accused of being unpatriotic.

They say they are just taking very seriously Jesus’ command to render unto Caesar that which is Caesar’s, but to God that which is God’s — and where and how they can worship is no business of the Chinese Communist Party.

To read more about China’s persecution of Catholics CLICK HERE

So, in traditional Chinese style, they do not openly denounce their oppressors, just quietly ignore the edicts, knowing that this, too, shall pass.

But those in power in China have no intention of passing very soon.

For the last four weeks one of Beijing’s largest unofficial Protestant churches, the Shouwang church, has been in a standoff with police over its desire to worship free from state control.

Hundreds of its members have been detained and its leaders put under house arrest. More than 1,000 members regularly have met at various locations — with the Chinese police hounding at their heels, pressuring their landlords to cancel their leases, even intimidating the owner of a business tower to refuse to hand over the keys to the floor of a building the church bought for $4.5 million raised by its members.

To read more about the Shouwang church, CLICK HERE

So, the church announced that it would meet outside in a public plaza. The government is apparently worried that any large public meeting could turn into popular defiance of the sort this spring that has deposed despots in Egypt, Yemen and Tunisia — and which is threatening dictators in Bahrain, Libya and Syria. Church members were rounded up. Leaders were stopped at their houses by police — not allowed to show up at the announced meeting place. The pastor and his wife were jailed.

“Religious persecution is always abhorrent, but in this case it’s also a political blunder,” notes the Wall Street Journal. “The incident is a microcosm of the wider problems caused by China’s crackdown. Beijing insists it wants to promote a harmonious and stable society. Yet by arresting prominent activists for no apparent reason, the security forces are doing the opposite: Those who were once content to live quietly with the Party’s restrictions on free expression are now compelled to speak out.”

Word is spreading that the Chinese government is preparing to take “new measures” against the Shouwang and other unofficial congregations such as the New Tree Church of Beijing.

Many Christians left the “Three-Self Patriotic” churches decades ago. The government often bars children from attending — maintaining that teaching religion to an under-age person is a form of child abuse.

Any time an effective pastor started attracting large crowds, he seemed to be transfered to a small church in the Chinese equivalent of rural Alaska. The government monitors the content of sermons — and recommends that preachers on the government payroll to speak out in favor of various government projects and policies.

It is not yet clear what measures the Chinese government plans against the unofficial churches.

“But if the State really is seeking a confrontation with the house church movement,” warns the Telegraph, “then it is bearding a far bigger and potentially dangerous tiger than the liberal fringes that it has attacked so far.

“This may come as a surprise to some in the West,” says the Journal. “Until recently, Beijing had played a skillful game of applying the screws just enough to keep everybody in line while easing state control over most aspects of people’s lives, including employment, choice of a spouse, housing, religion and even the ability to criticize the government in limited terms.

“International human rights advocates had to admit that most Chinese enjoyed greater freedom than ever before, and many foreigners downplayed arrests of dissidents as aberrations against a general trend of liberalization.”

In an incident that is playing out far too often, Pastor Wang Dao of Beijing’s Liangren Church was arrested when plain-clothed and uniformed officers of the Public Security Bureau, one of China’s main law enforcement agencies,  barged into a restaurant in Guangzhou, the capital of Guangdong province, reported the Christian rights group China Aid Association.

The church leader had been “meeting with twelve brothers and sisters for a meal,” reported China Aid, quoting eyewitnesses in the restaurant who said policemen “threw Pastor Wang violently to the ground without showing any official documentation and rushed him outside to a waiting vehicle, shoving him into the back seat as they tore off down the street.”

The new campaign against Christians, says Mohler, means “those who doubted the Communist Party’s sincerity were right all along.”

The Telegraph lists four reasons why China’s paranoid leaders “might want to proceed with caution:”

“1. Sheer weight of numbers,” writes the Telegraph. “The lawyers, bloggers and artists are few. China’s unofficial Christians number into their millions. They are a mass movement.

“2. The persecuted have a righteous God on their side. Already the rhetorical temperature is rising, with one Shouwang pastor describing the government as an agent of ‘Satan’ seeking to destroy God’s Church. As Christian martyrs have shown over the centuries, including in China, the religiously motivated are prepared to go to great lengths to defend their faith.

“3. The Americans really won’t like it. Despite some international condemnation, China’s leaders haven’t suffered meaningful repercussions for their recent “backsliding” on human rights. The sufferings of artists and lawyers don’t really gain much political traction, but not so the Christians who are a powerful political lobbying force in the US. A widespread persecution holds the very real risk of poisoning a relationship with Washington that, for all its ups and downs, is still Beijing’s number one foreign policy priority.

“4. The apparent justice of the Christian’s cause. The House Church movement in China is explicitly not revolutionary. It disassociates itself from all talk of Jasmine protests and rejects (perhaps somewhat disingenuously) all suggestion that it is an agent of ‘Foreign Forces’ – i.e. U.S. missionaries who work to subvert the State. The groups profess great loyalty to the State in earthly affairs – which is to say, the churches are happy to pay their taxes, comply with health and safety inspections etc etc – but in matters spiritual they will submit to only one master: The Lord Jesus.”

To watch a video about the underground church smuggled out of China, CLICK HERE

“The potential for trouble,” writes Foster, “was brought home to me recently in a conversation with someone intimately connected with the Christian movement in China who was definitely worried about where the current confrontations might lead. The House Church is avowedly and deliberately non-political, he said, but its congregations are loyal first to God and then their pastors. In the end, the faithful will do what their Pastors tell them to do.

That, of course, is exactly what the Chinese State fears, notes Foster.

“But it may yet regret forcing the issue and discovering how far some Christians are prepared to go in defence of their faith.” 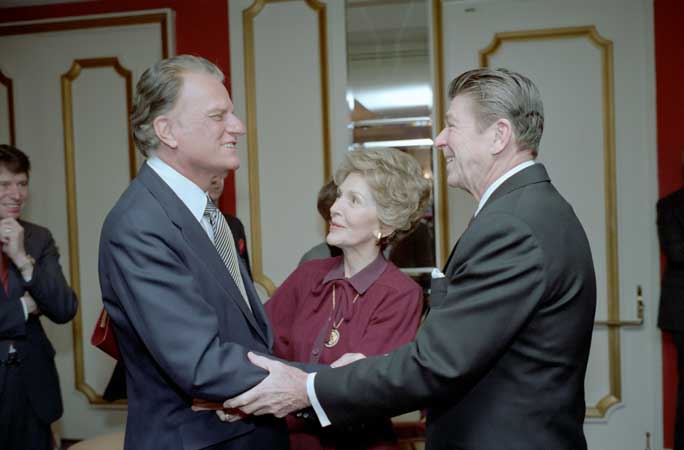 Why is there a National Day of Prayer?
archives most recent
More from Beliefnet and our partners
previous posts